The administrative unification of Italy (1859-65) in fact reintroduces the dynamics of Napoleonic period (1796-1814), setting problems on which the Fascist Era (1927) rationalization intervenes. There followed the choices in the Constituent assembly (1946-48) characterized by a confused restructuring of local cadres. This being why is justify the proposal of a historical atlas of the administrative districts. The article presents the main stages of the administrative districts mesh evolution in Italy, in connection to the explanation system of the territorial formation levels established by the European Union (N.U.T.S., Nomenclature of territorial units for statistics). Municipalities, Provinces and regions, however, as well as districts are also citizenship or identity, relationships, interest's horizons. The question of the territorial framework "inertia" is still under discussion; as well as it is the problem of the synchronizing that with the other territory's partitions: from various central administrations to the armed forces and the dioceses too. 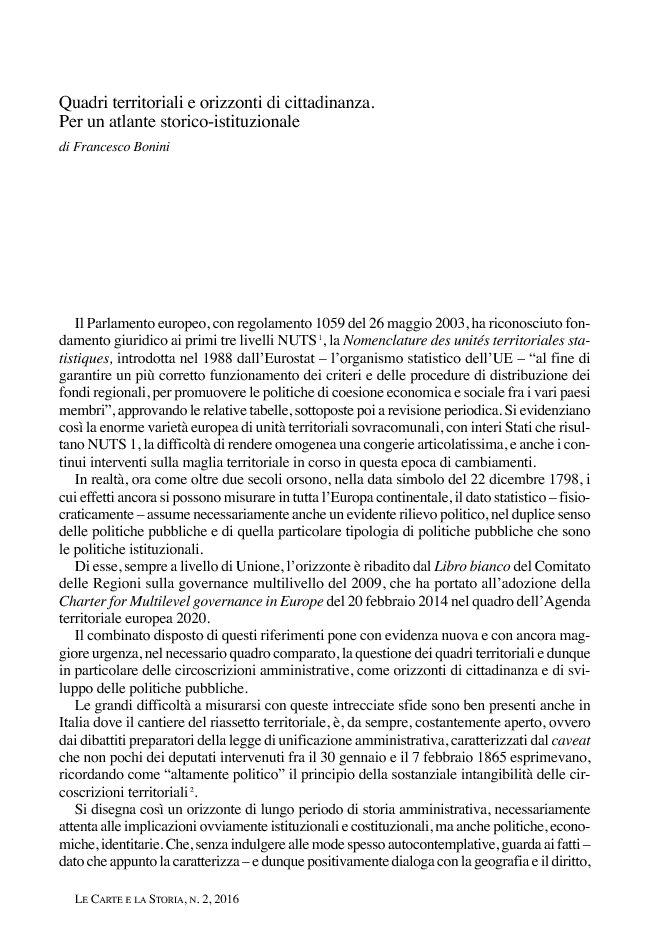