Keywords: Deep Involvement with the Fascist Regime; High Judiciary; Failure of the Purge; Successful Career of the Top Judges after the Fall of Fascism; Consequences on the Judiciary of the Italian Democratic Republic.

The Italian judiciary was deeply involved with the fascist regime, especially regarding judges at the top of the hierarchical organization, such as the Court of Cassation, presidents of the courts of appeal and the general managers of the administrative departments of the Ministry of justice. In the first months after the fall of the fascist regime some of them were removed from office, but the involvement with fascism was so widespread that a real purge was impossible. The same judges who were members of the purge commissions were in a position to be removed from office. By the end of 1946 the failure of the purge of the judiciary was evident. Therefore, the historians' task is currently just to select the judges more involved with fascism and to assess, through the exam of their files, the successful career they had in the Italian democratic Republic and the effects on the administration of justice until the Sixties of the last century. 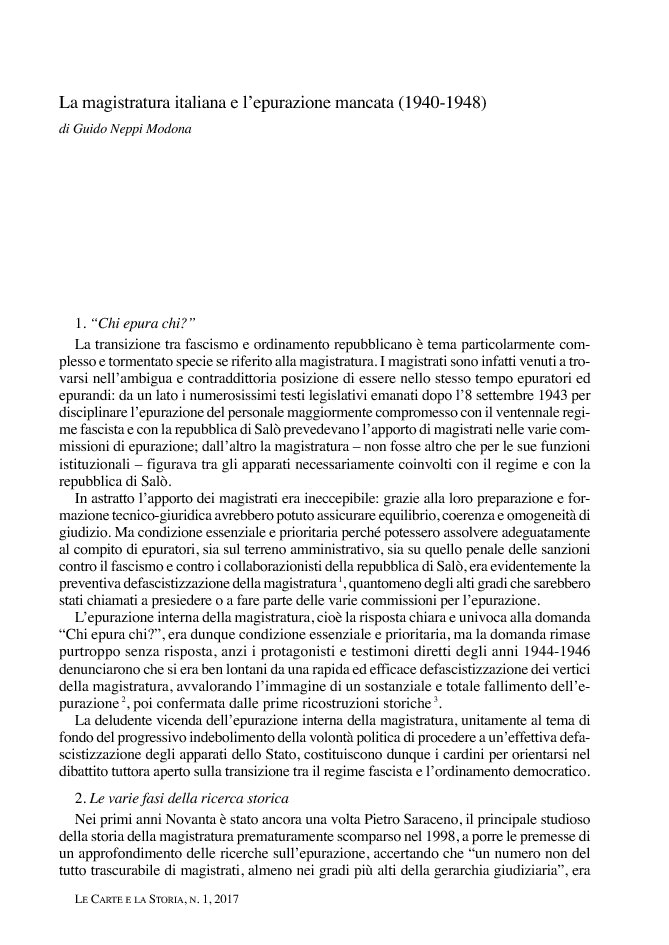