This paper identifies in the promotion of welfare policies the focus of the parliamentary work of women during the first three republican legislatures. Teresa Noce, Lina Merlin, Maria Federici, Nilde Jotti, among others, reached the top of the national institutions after the foundation of the Republic, taking an active part in the Constituent Assembly, where they vigorously defended the principles of equality and social justice. After 1948 former members of the Assembly as well as women newly elected, such as Angiola Minella, Marisa Rodano, Maria Pia Dal Canton, kept on promoting those values during their daily parliamentary work. Their bills, parliamentary questions and interpellations were centered around issues such as the protection of working mothers, the condition of childhood, the promotion of women's employment and the reform of welfare institutions. 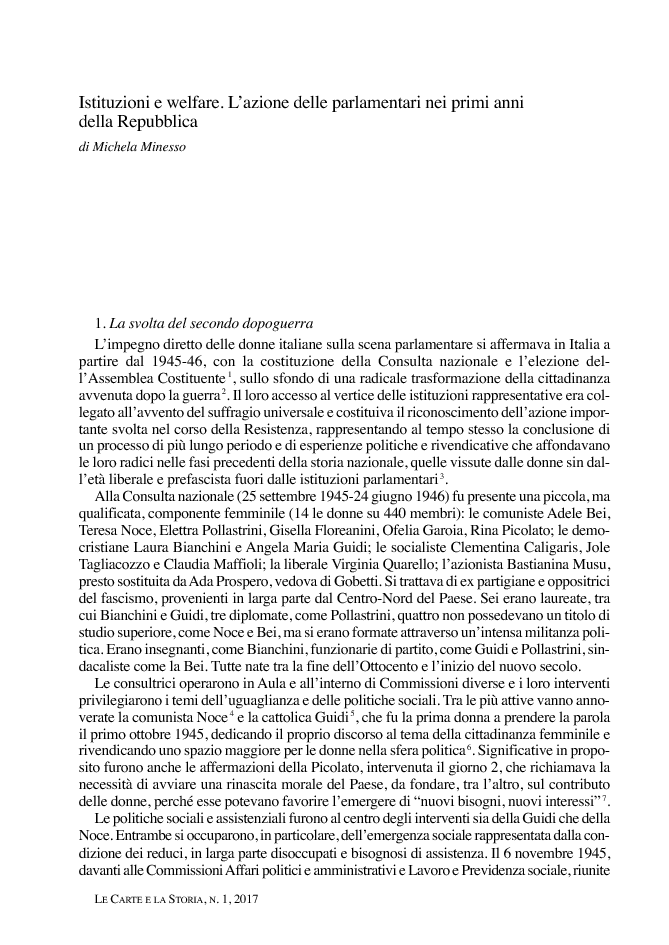