In spite of the amount of studies focusing on the figure of the "Intendente" in the Savoy Kingdom, no attention has been devoted to the procedure lying at the basis of the remarkable functions he was in charge of as a judge. The essay examines the procedural rules concerning the Intendente's jurisdictional functions as established by the legislation of kings Victor Amadeus II and Charles Emmanuel III of Piedmont and Sardinia in 1723, 1729 and 1770. The main principle of this legislation provided that the procedure was summary and there was no possibility for appeal, except for the extraordinary recourse to the king's authority. These rules show how the "Intendente" was considered direct and full emanation of the king's authority at the provincial level. Nevertheless, this procedure had never been fully enforced, except in the Intendente's case, but still among wide resistances, emerging from the archive sources. Therefore, the analysis of the procedural rules sheds light not only on the spirit of the legislation concerning the intendente, but also on the general project of reforms of the Savoy absolutism during the XVIII century. 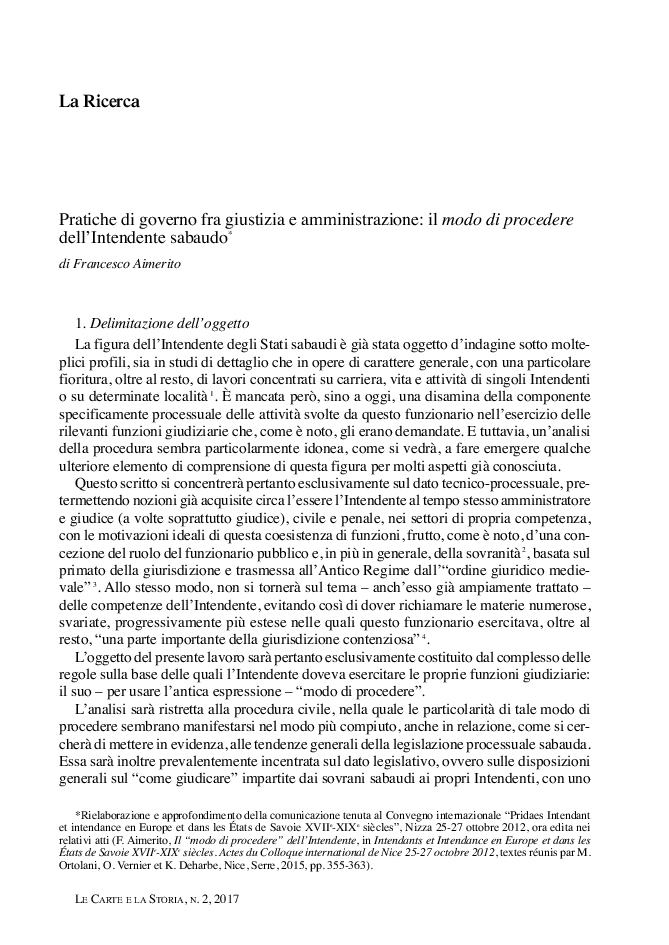