On 24 April 1833, Louis Philippe of Orléans signed the law replacing the General Councils with the Colonial Councils. By a circular dated 18 July 1840 from the Minister of the Navy and the Colonies, Special Councils were also established in the four French colonies in order to provide documents and opinions on the abolition of slavery. This paper analyses French Guiana, starting from the different composition of the two Councils and, then, from the different interests represented therein. The aim is to reconstruct the debate on slavery conducted between 1840 and 1842 in the two Councils, and, consequently, to highlight and compare the proposals for social and institutional changes they contextually made. 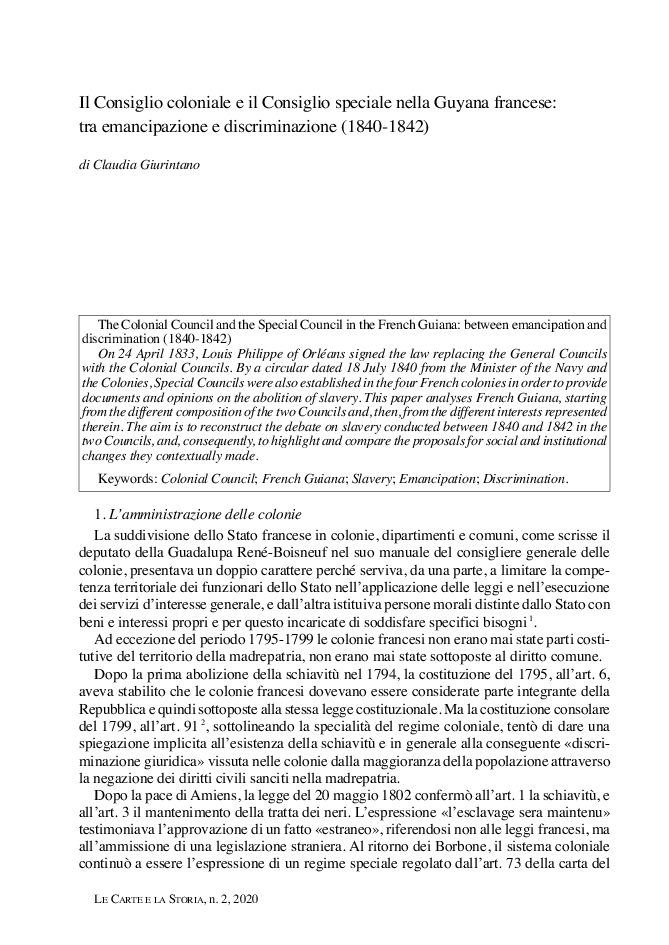