This essay explores the internal dynamics of Chilean society in the 1950s and the reasons that induced the Pontificia Universidad Católica to request and obtain funds from the US government, as well as cooperation from the University of Chicago, in order to modernize its economics courses. It also analyzes the scientific cooperation agreement signed by the two universities in March 1956, the implementation of advanced training programs until their conclusion in 1964, and the emergence of a new generation of Chilean economists, the so-called Chicago boys, who would subsequently play a major role during the Pinochet regime. 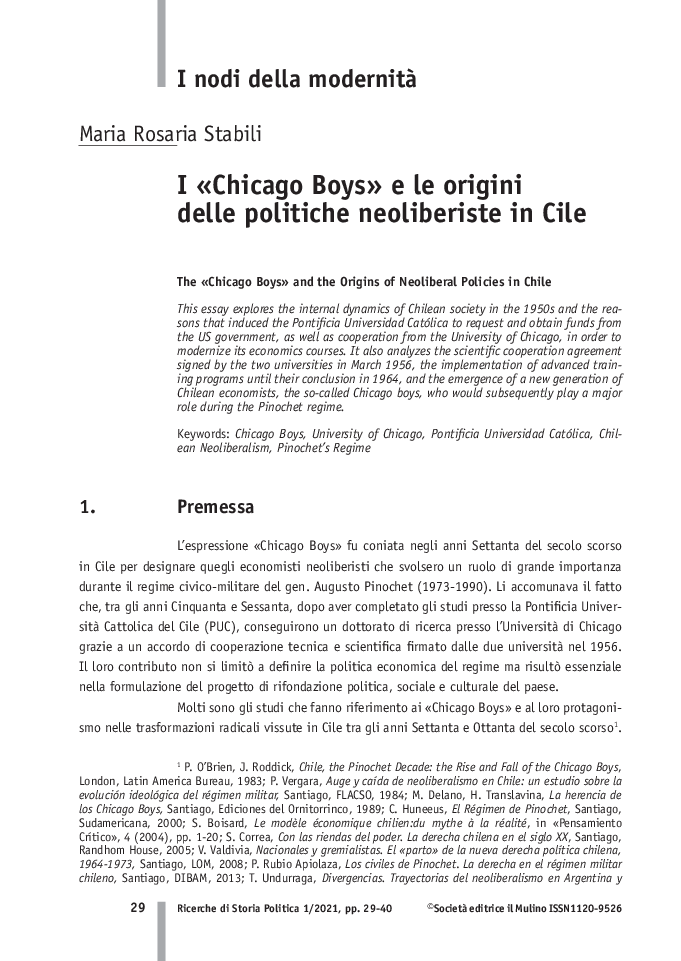