This article analyzes the community development projects promoted by the División de Educación de la Comunidad (DIVEDCO), an agency of Puerto Rico’s government, between the late 1940s and the late 1960s. In the context of the creation of the Estado Libre Asociado de Puerto Rico (ELA), DIVEDCO aimed at ensuring the population’s economic and social development through adult education and the establishment of democratic forms of participation. The article argues that DIVEDCO drew on the experience of the New Deal to promote the country’s modernization, through the involvement of experts who had previously worked for the Farm Security Administration (FSA). In the context of the Cold War and of changing relations between the United States and Puerto Rico, DIVEDCO became a laboratory for US modernization policies in the Third World and, during the 1950s, a model for international aid agencies interested in community development projects. 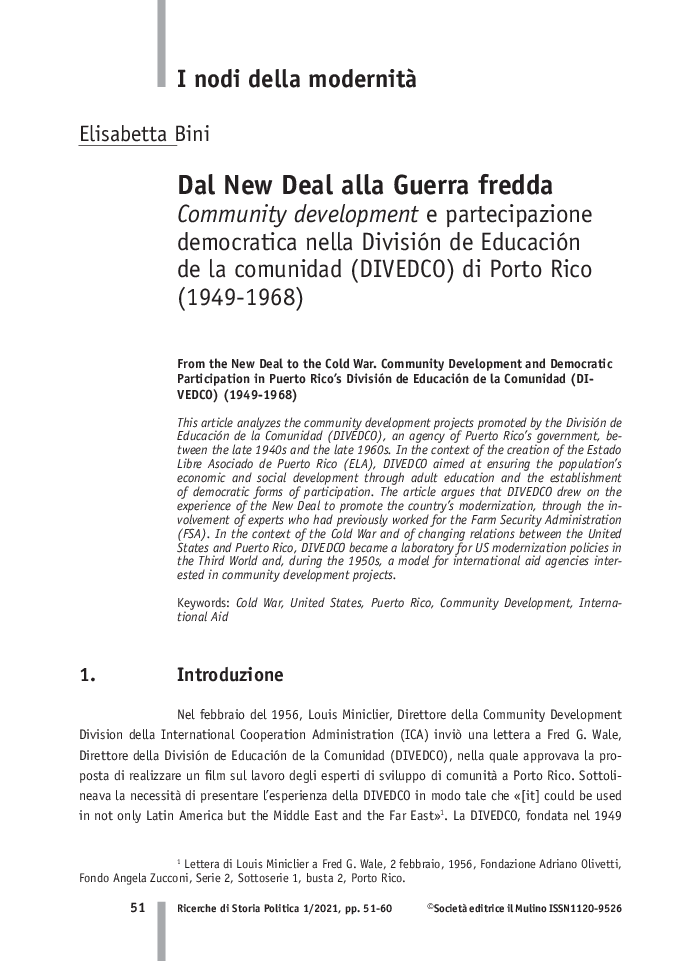