This paper aims to investigate the Seventies as a time-span in which Italy underwent multiple concurrent modernisations; that entails shifting the accent from the overworked category of «crisis» to a less clear-cut category of change. In particular, no less than three forms of modernity overlapped in Italy during the Seventies: the exhaustion of agrarian civilization, which triggered a long-term anthropological change; the controversial Fordist nationalization process, which Fascism had failed to accomplish; the short-term Euro-Americanisation cultural turn, namely the completion of Americanisation in Western European style. All these strands contribute to placing Italy in a fully global perspective; the supposed «anomaly» of the Italian case is explored in terms of what forms of «(de)stabilisation» and modernity emerged from the Seventies. To this end, the paper concludes that during 1974-76 every attempt to govern the transition to a fully secularized and Northern European standard of living failed. Stagflation called in question the long-held belief in progress, while the expectation of a breakdown of Western capitalism prevented any «socialdemocratic» compromise 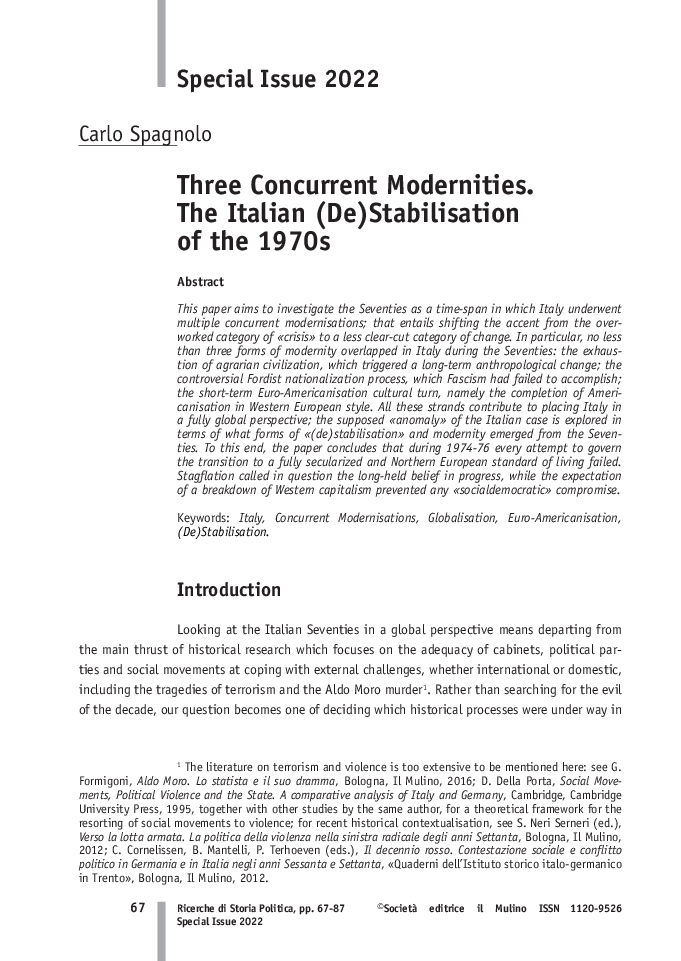