This essay reconstructs the specific anatomy of Nineteenth and early-Twentieth century Catholic anti-Semitism, which the author considers as part of the prehistory of Auschwitz. In the Nineteenth century, Catholicism in Germany, as well as in several other countries, became more centralised and gained some uniformity. This general process influenced Catholic anti-Semitism too. It is therefore possible - the author contends - to produce a theoretical framework encompassing Catholic anti-Semitism throughout Europe, and thus facilitating international comparisons. The Catholic attitude towards Jews can be described as mainly hostile. Unlike specific anti-Semitic movements, however, Catholicism considered anti-Semitism as just one element belonging to a wider project of "rechristianisation". Catholics, moreover, distinguished between a "bad" racial anti-Semitism and a "good" catholic one, allegedly aimed at defending the Church from its enemies. 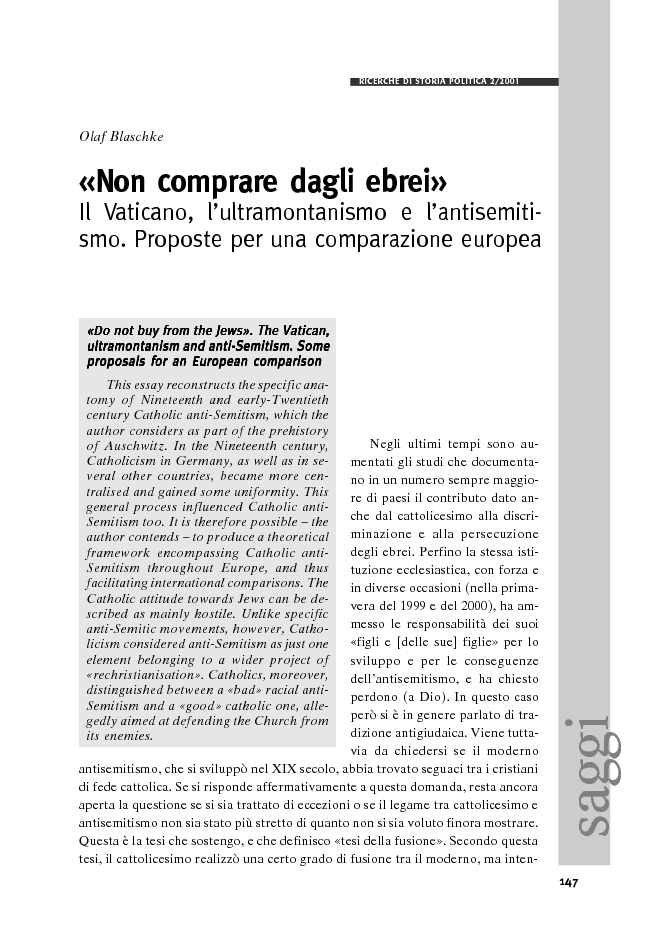