The Labyrinth and Minotaur metaphor throw light on a long-standing muddle over the historical roles within the "European States system" (down to 1945 including the United States). An object of love-hate, though never acknowledged as an external, independent entity, America initially allowed Europe to define itself and its own civilizing mission in the world. After the American ex-colonies gained independence from their mother-countries, however, it was the U.S. population that began to define itself in opposition to the Old Continent. Europe vs. America thus became a cornerstone of the American identity, a feeling which grew stronger during the first half of the 20th Century. The aftermath of 1945, as well as the Cold War, sealed U.S. autonomy from Europe, which now began to represent the past as opposed to the "American present". With the end of the Cold War and the rise of a United Statesled "global western society", all the stereotypes of the Labyrinth - "Europe's America", "America's Europe" and "Europe as past" - disappeared. Relation across the Atlantic should henceforth rest on realism rather than the stereotypes of the Labyrinth. 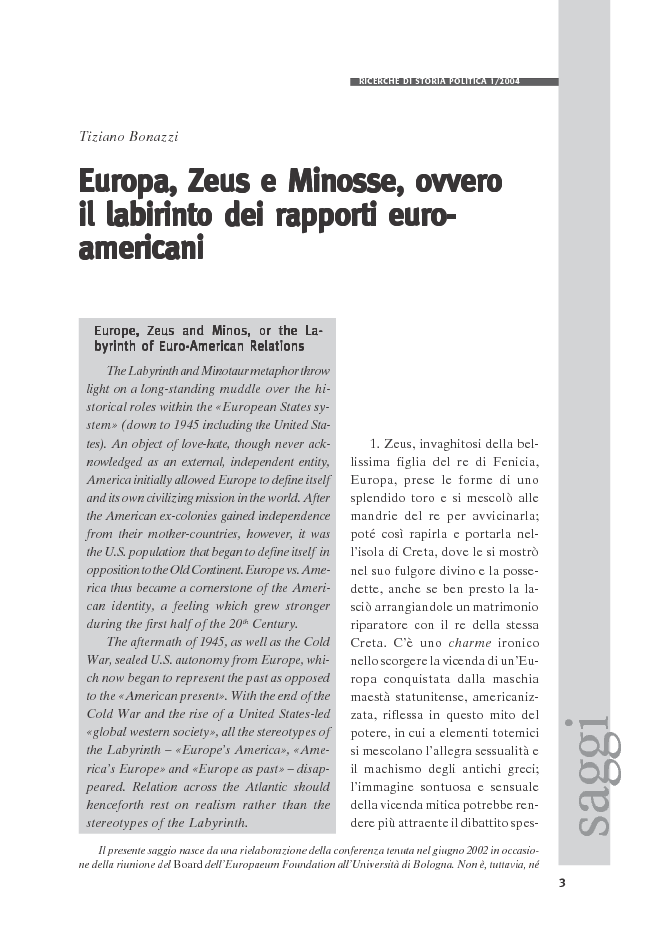