Populism seems an ubiquitous element in democratic political culture, emerging in different times and places and being very much used by historians, social scientists, journalists and politicians to describe social, political and institutional phenomena very different from one another. It presents itself as a bundle of symbols and principles aiming at regenerating public life by placing the people at its centre, by granting the people dignity, protection, sense of belonging. As such, populism looks like an intrinsic element of any society where the principle of popular sovereignty has become the only or pre-dominating source of legitimacy for the political power. By publishing in this issue various articles confronting the problem of populism in different times and places, "Ricerche di Storia Politica" wishes to conceptualise populism by identifying its ideological core. These essays form a complex picture, rich of insights and ideas, and give a significant contribution to understanding such a multifarious and ambiguous phenomenon as populism. 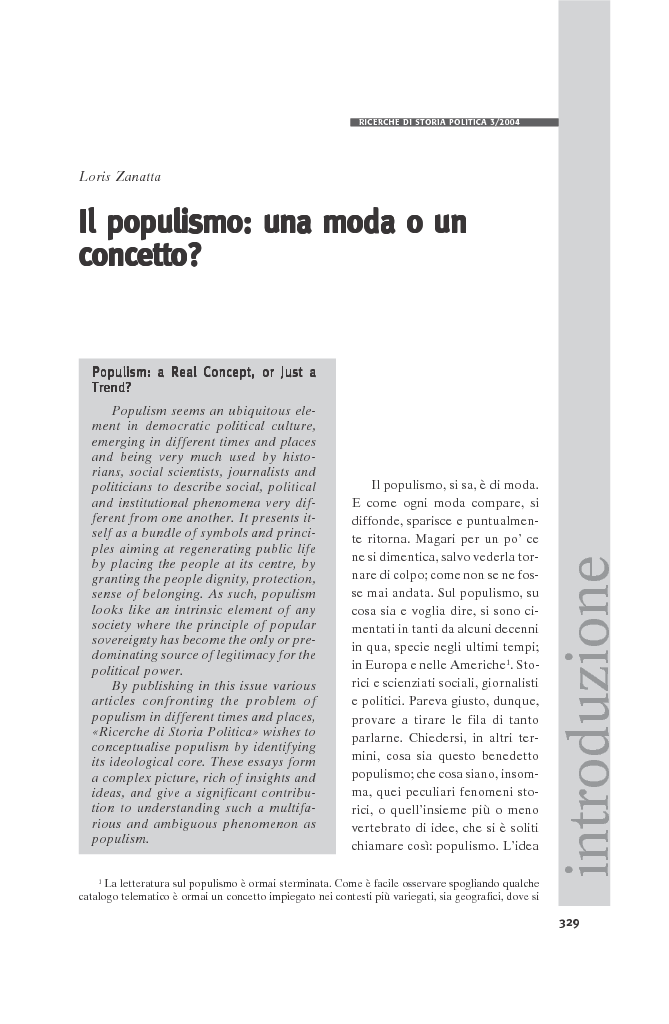