This essay discusses some crucial aspects of the debate on Latin American Populism. As a modern variation of historical populism, the Latin American model has been adapted to the constraints of local realities. Taking into consideration a situation characterised by racial and ethnic miscegenation and religious differentiation, but also by syncretism, cultural adaptation and change of the basic tenets of European culture, it is possible to understand why in the Latin American societies the "people" is a more adaptable historical subject than the nation, the social class or the individual. Based on a collective being (i.e.: "the people"), populism is one of the political forms that wraps truly revolutionary changes at the social, economic and cultural levels; it presents itself as revolutionary, but operates politically in a rather non-revolutionary way. The essay focuses on the role of populism in the creation of collective identities: though lacking a clear ideological focus, populism plays into the borderline between culture and politics in order to provide a framework - although primarily mythical - to promote inclusion, mobilisation, interclass alliance and a certain model of development. 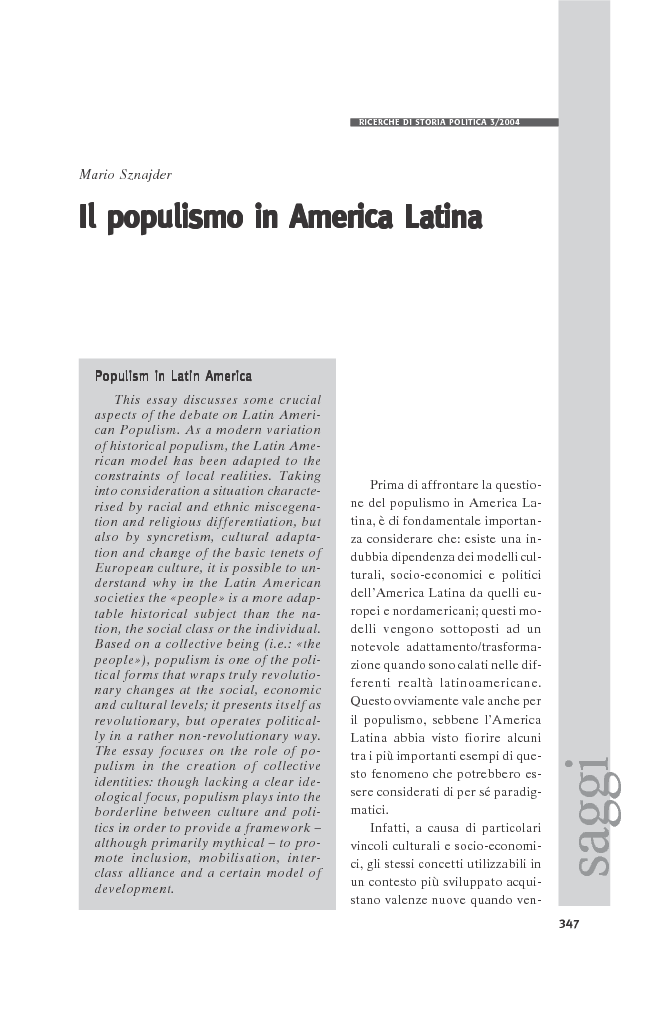