Italian historians have seldom studied Eastern European peasantry. By analysing late Nineteenth century Russian, Polish, Bulgarian agrarian populism, this essay confronts the unresolved problem of defining that phenomenon. The narodnichestvo, upholder in the Nineteenth century of the ethical virtues of Russian peasant communities, and the democratic parties and movements of nationalist inspiration which mushroomed after the fall of the Soviet bloc, taken together, clearly demonstrate how strong the "Cinderella complex" is also in the East. When looking for a "pure" type of populism, we must confront the troubles and demands of societies which in the last two centuries have undergone traumatic and forced processes of modernisation. This inevitably produced a number of more or less radical, more or less corporatist or socialist "calls to the people", which this essay confronts in their political expressions. 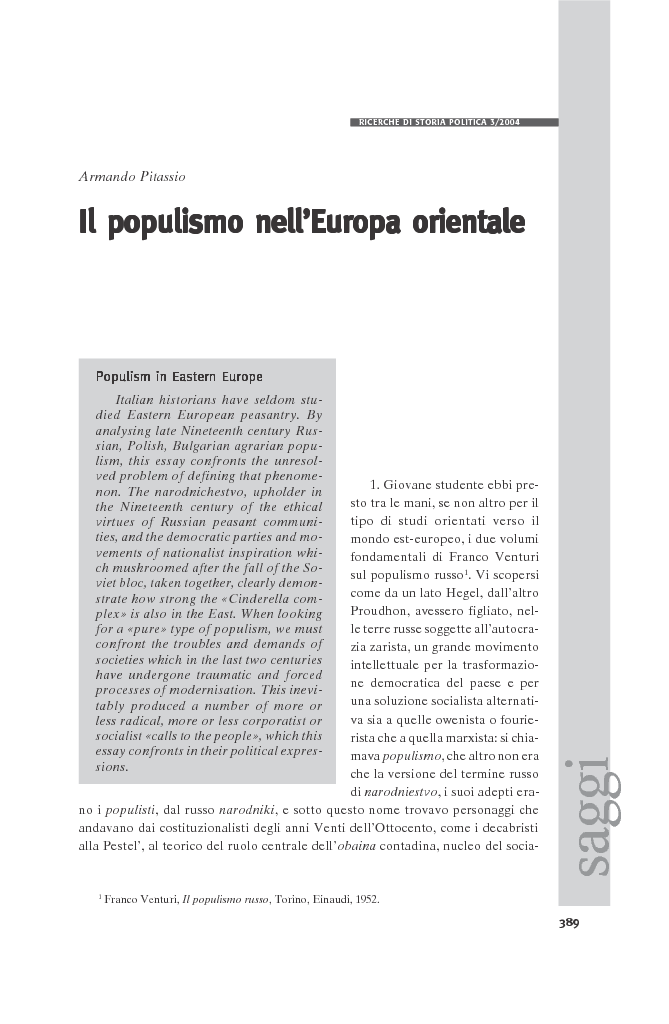