The article takes into examination the recent literature on populism, in particular: Paul Taggart, Mény e Surel, Guy Hermet, Margaret Canovan, Pierre-André Taguieff, Marco Tarchi. Concerning the above authors, the following points are considered: the difficulty to define the real nature of populism; the structural characters of populism; the different reasons that could explain the spreading of a populist trend in various european countries; the peculiarity of the Italian populism. An interpretation of populism comes out in which, even though not exclusive, the antipolitical dimension is dominant. The main result of the analysis is that a new way of doing politics is probably emerging in the established democracies. 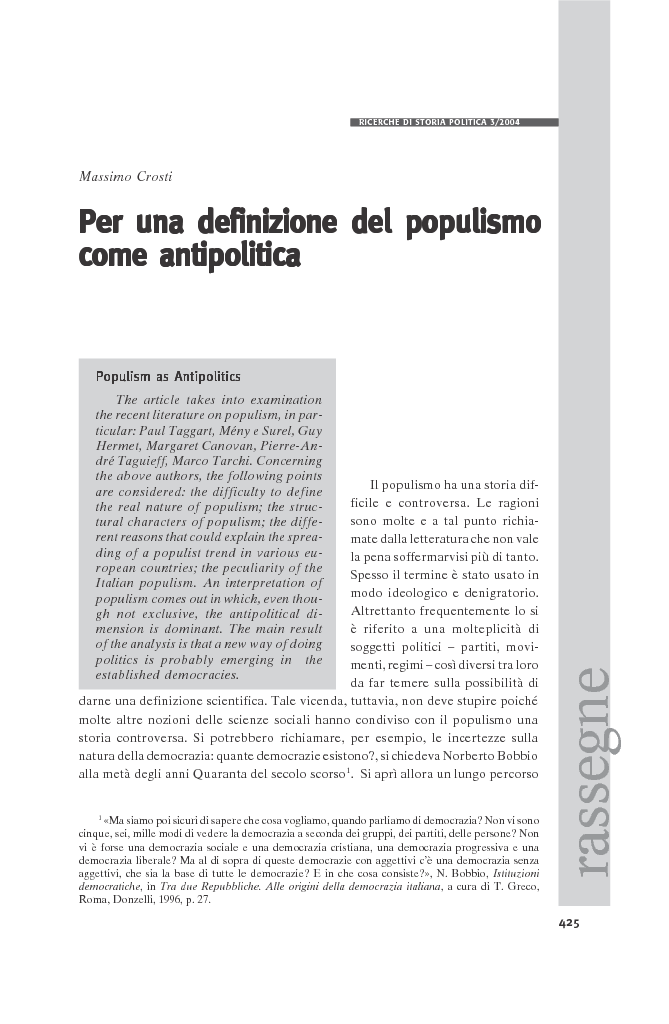