Note This article is available also in german. This file is added free of charge to the order of its translated version.

The work analyses the specific characteristics of the different interpretations of war and their relevance in determining the respective national models of reference in France, Germany, Great Britain and United States, in the years between 1854 and 1871, taking account of the factors, in the various contexts, which superposed the experience of war with conceptions of the nation. Briefly reviewing the main conflicts of the period in question (Crimean war, Indian Mutiny, conflicts arising from the processes of Italian and German unification, and the American Civil War), a comparison among the different interpretations brings the author to conclude, in primis, that in all societies there was a strong dynamic nexus linking war experiences and national conceptions. It is further noted, from the structural viewpoint, how war promoted the intensification of contacts, the spreading of ideas and of means of communication. The wars from 1914 to 1945 were the first to implicate in their ideological projections the maximum affirmation of the idea of national integration, as well as the end of the nation states. It was only with these conflicts that Europe finally underwent the delegitimation of the classic model of interpretation of the nation and of the bellicose outlook inherent within it. 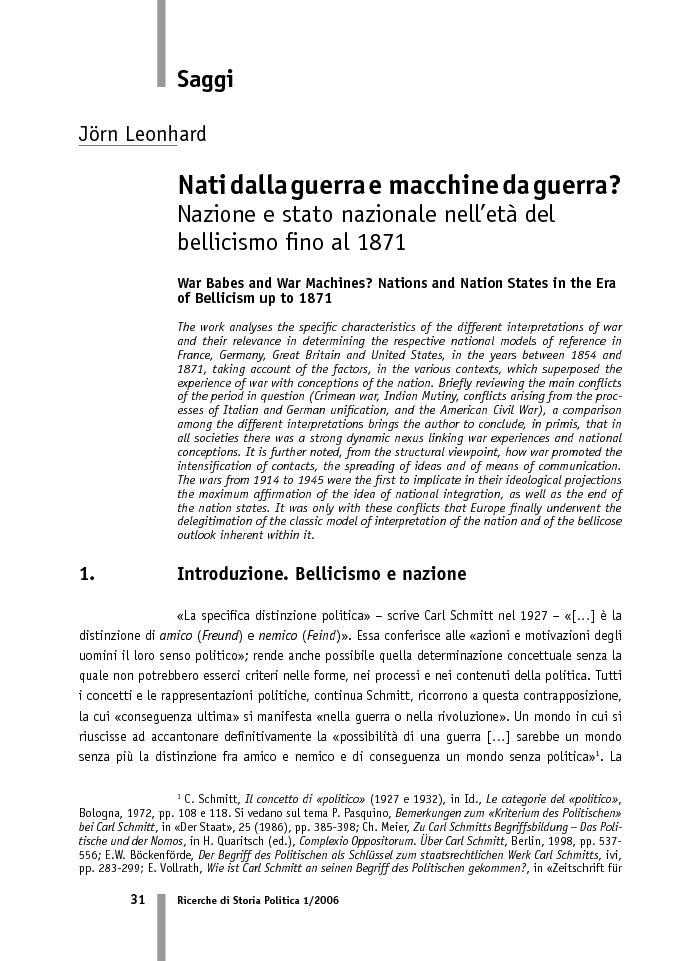