Following the transformation of international equilibria after the events of 1989, and the ensuing gradual opening of archives in ex-Soviet Europe, the historiography on nationalism within the area has received a new flow of lifeblood. The essay concentrates particularly on the historiographic debate over the past fifteen years in the Rumanian case. This is of special interest, on the one hand, due to the crucial role that nationalism has played in the various historical conditions undergone by the country and, on the other, because after the fall of the communist regime the debate on nationalism has reacquired the eminently political connotations previously characterising the 1930s, tending toward an experience very similar to that of the Iron Guard, a radical and anti-Semitic movement. The interest of historiography in the membership of some well known intellectuals in the legion, including Eliade, Cioran and Ionescu, well illustrates the degree of "politicisation" assumed by the debate. This, coupled with the presence of numerous publishing houses interested in the revival of inter-war nationalism, has given rise to a radically neo-legionary Rumanian historiography, leaving the interpretation of more moderate nationalistic positions to the "West". 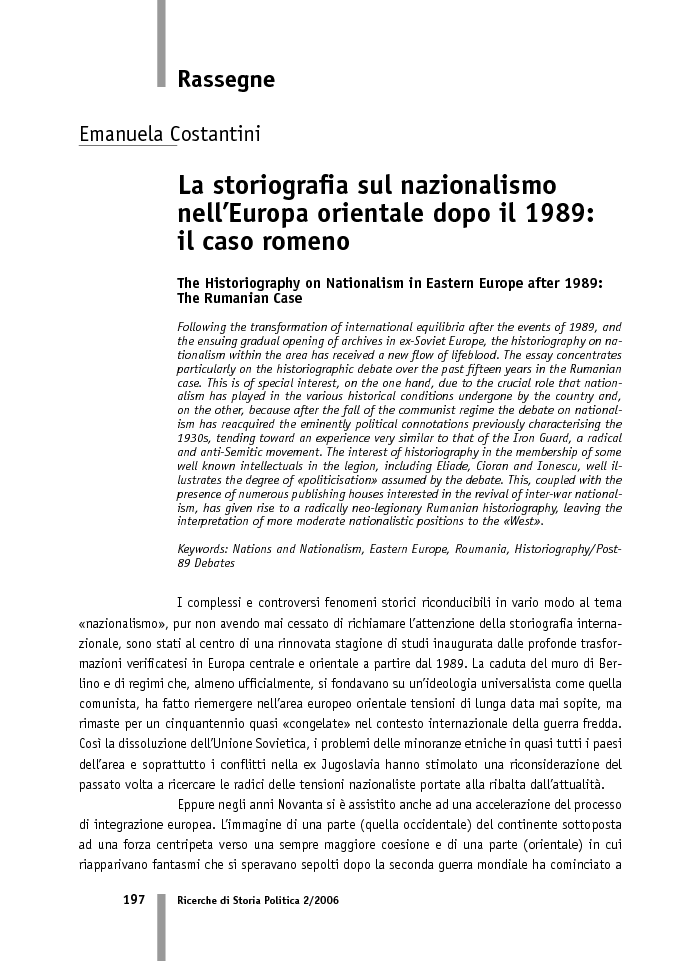