During the last decades, historians and political scientists have often stressed citizens' "estrangement" toward democratic institutions. Yet indicators of participation to strikes or demonstrations, and frequent expressions of collective solidarity show as we definitely did not enter in an age of political apathy. The growth in the number of people abstaining from vote thus has been paralleled by the increasing in forms of "non conventional" participation, meant to compensate the erosion of trust toward institutions via the creation of mechanisms of control of political activity. The author proposes to define what progressively grew under the shadow of electoral-representative democracy a counter-democracy. It is not the antonym of democracy, but the form of democracy which opposes the traditional one, the democracy of indirect powers disseminated in the social body, the democracy of organised diffidence that defies the democracy of electoral legitimacy. This essay offers a strong historical and theoretical reconstruction of this counter-democracy's different expressions. 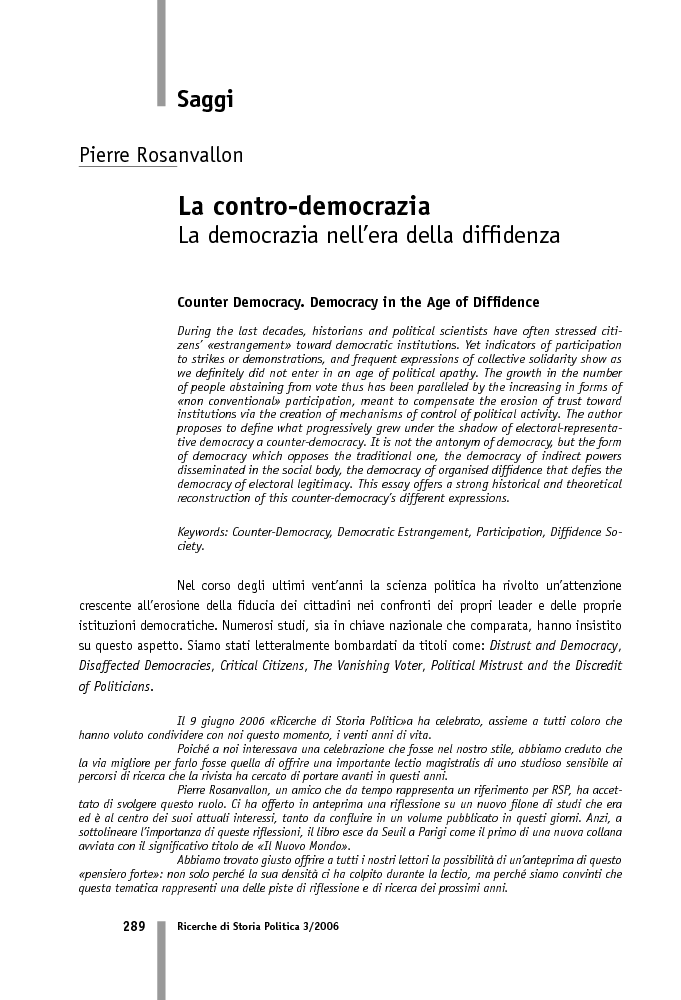