In this essay, the author, basing his analysis primarily on two broadsheets, Corriere della Sera and Messaggero, examines the effective role the daily press played in the immediate postwar period in creating in Italian public opinion a "counter-myth" that contrasted the "myth" propagated by Communist sources. The material regarding the USSR published by the daily press in Italy was essentially of two kinds: testimony from exiles from the Soviet bloc, which served to throw discredit on the entire communist system, or foreign policy reportage, which, in so far as it was derived from correspondents based in the United States, offered a pro-American reading of events. Mariuzzo shows, with a wealth of examples, how the construction of the "counter-myth" did not just rely upon denunciations of the despotic nature of the Moscow regime and its attempts to install dictatorships of a similar kind elsewhere in eastern Europe, but also involved a conscious attempt to dismantle the "political myth" promoted by the communist press according to which the collectivist economy was well able to guarantee welfare and high living standards for society as a whole. 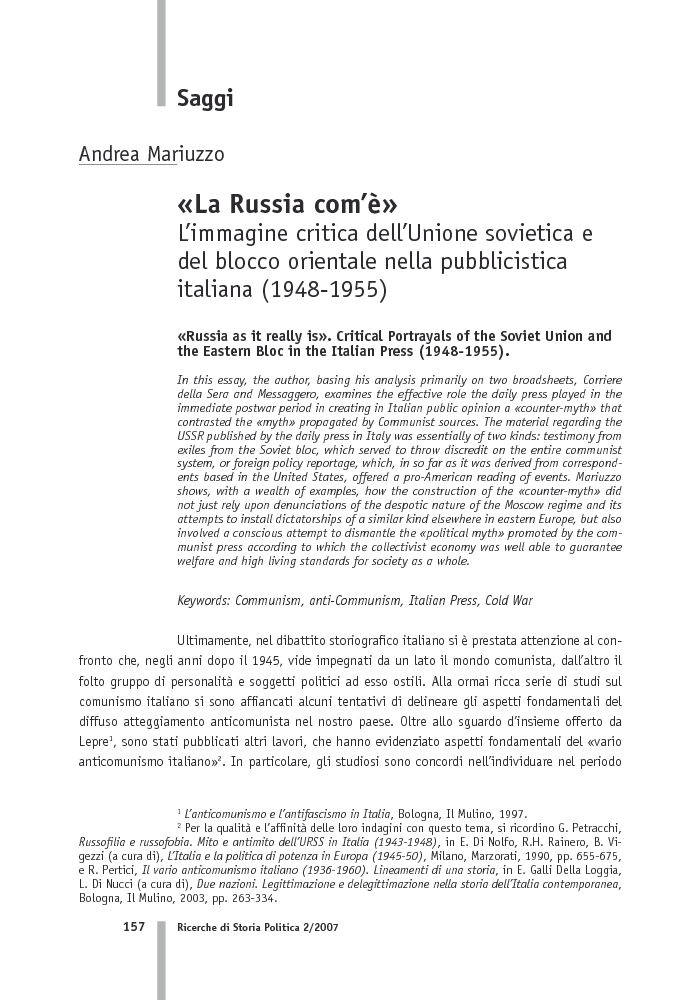