Seeley's work played a pivotal role in shaping the culture of "new imperialism". His advocacy of a federal Greater Britain patterned on the U.S.A., and of the British Raj as an agent of Westernization, managed to reconcile, even in the eyes of a significant section of progressive public opinion, the aspiration to national greatness and world power with liberal values and beliefs like freedom, cosmopolitanism, modernity. An integral part of Seeley's achievement was his ability to employ the idiom of 19th-century "scientific" history to inspire empire-building with a lively sense of ethical and religious purposefulness. The political message he conveyed to Englishmen took the form of an admonition to cooperate with a natural plan of education of mankind which called their country to oversee the civilizational marriage between Europe and Asia, perform the transformation of the nation-state into world-state, lead humanity to its ultimate goal, i.e. an international federation embodying the kingdom of God on earth. 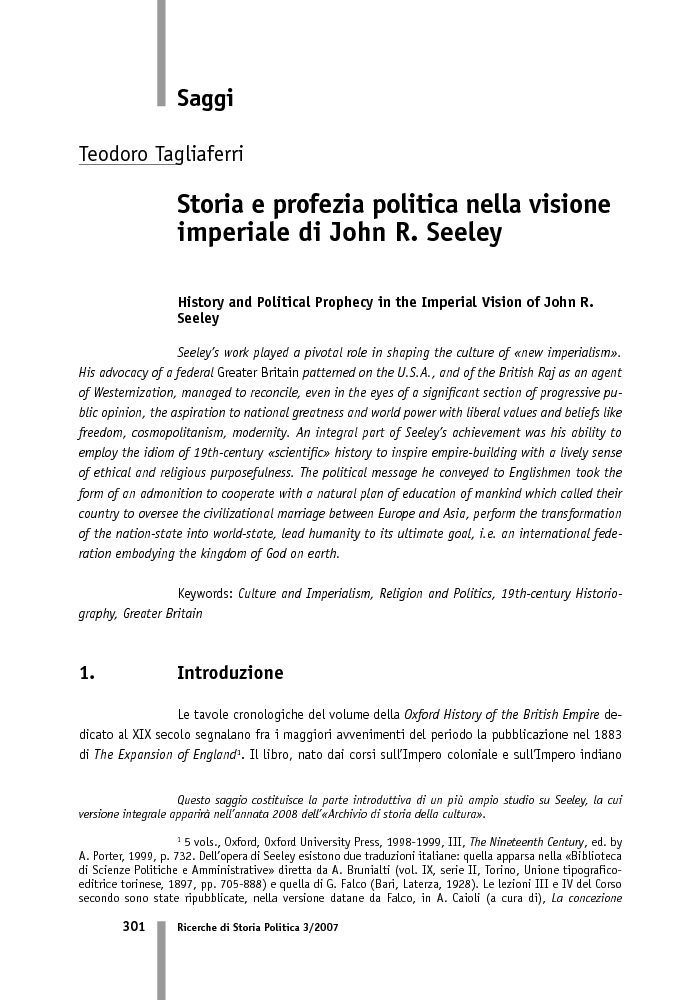