The article argues that the period between 1948-1953 may be considered a "critical juncture" for the Italian democracy. In that juncture it came to be defined the model Italian democracy adopted for the following years. From 1953 to the beginning of the 1990s Italy organized its political process in coherence with a consensual model of democracy, characterized by large centrist coalitions in control of governmental power. Such an outcome was not inevitable. Indeed, Alcide De Gasperi, Prime minister and main political actor during the "critical juncture", pursued an alternative model, based on a clear majoritarian logic. De Gasperi's attempt to use a new electoral law for creating a super-parliamentary majority failed for very few votes. That failure brought to the overturning of the new electoral law, also because that law was badly designed. However, in 1953, the "critical juncture" came to a close. Italy had to wait till the 1990s for re-opening a discussion on a different model of democracy than the consensual one. The article is thus a contribution to a debate on political transitions within democratic systems. 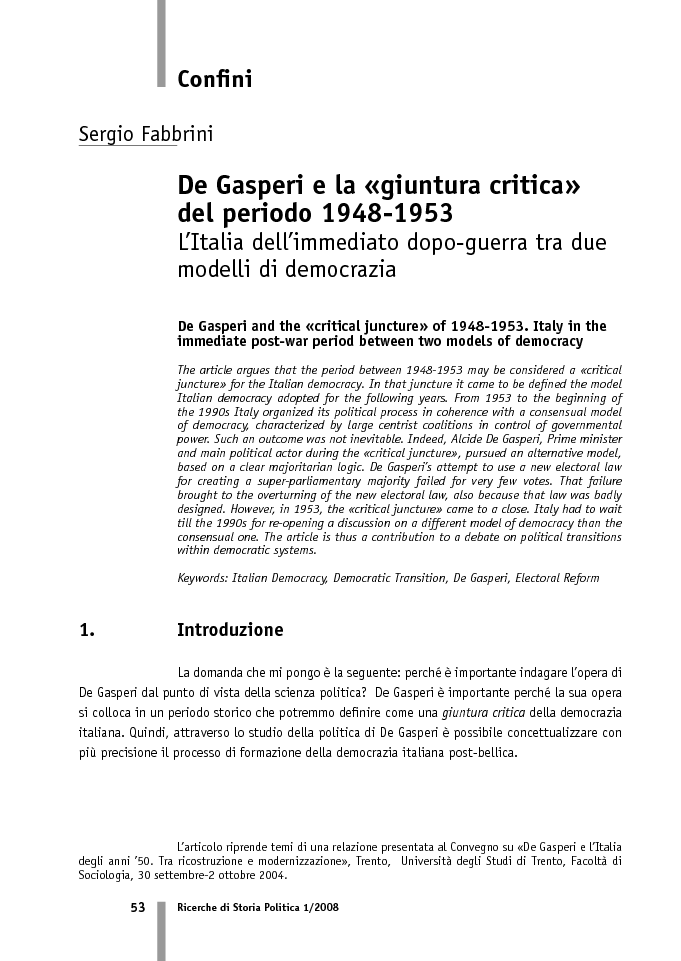