This essay analyses the development of political violence in contemporary Iraq. On the one hand, in a longer term perspective, it aims to demonstrate that violence is deeply rooted in the history of modern Iraq and constitutes, in part, an answer to the policies of an authoritarian and self-centered State. On the other hand, by concentrating on the last eighteen years of the political history of the country, the essay demonstrates that today's violence springs mainly from the deep de-structuring of the political, social and economic context suffered by the country after the Desert Storm operation in 1991. The situation further degenerated as a result of mistakes in the peace process following Operation Iraqi Freedom. Saddam Hussein's policy of de-structuring the State through the institutionalization of ethno-sectarianism, was replaced with a speculative attempt made by the United States after invading the country in 2003. The elections in 2005 have, if possible, worsened the situation: they did not guarantee genuine representation but amounted to a mere occupation of the political space which only repeated the logic of exclusion used by the Ba'th regime in the past. They thus paved the way for new explosions of violence, in the present and in the future. 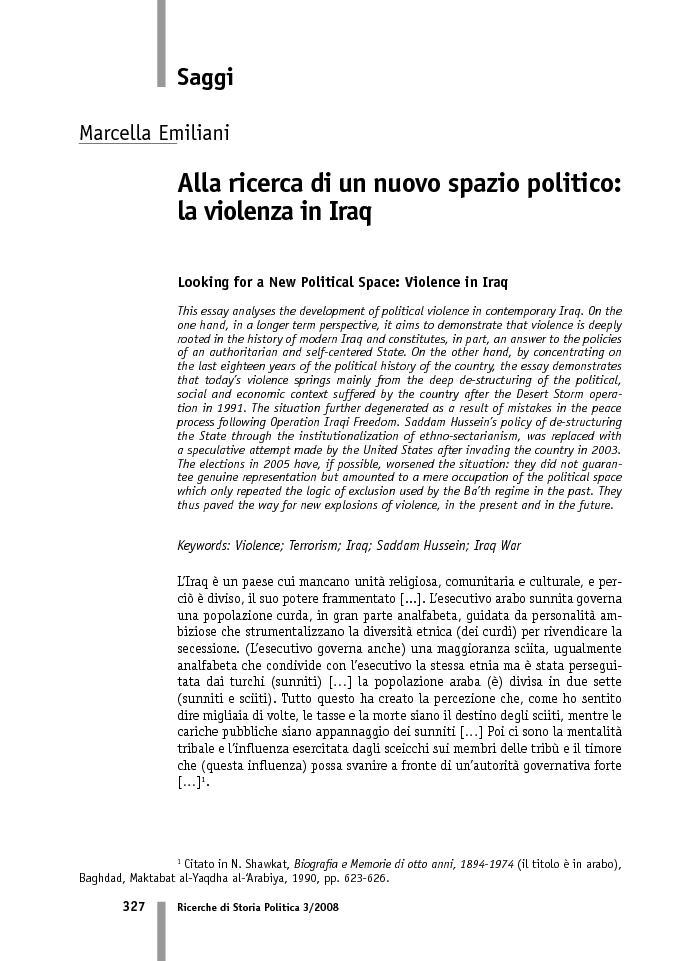