The essay discusses the methods of contestation aimed at transforming the legitimate political opponent into an enemy in front of the public opinion. Fulvio Cammarano examines the discourse and formulas used by the Italian press in some of the most important electoral campaigns of the new-born Italian Kingdom: those of 1876, 1882, 1890, 1897, 1900. The author underlines the existence of an ante litteram convention ad excludendum in Italy during the first decades of the Liberal Era. It damaged not only the anti-systemic forces, that is those outside of "the system of shared values" on which the constitutional compromise was based, such as the Anarchists, the Socialists and Catholics, but also, the radical wing. The lively presence in the public life of this force, which was considered in many ways as anti-systemic, but did not challenge the unity of the Kingdom, was used as a delegitimizing factor in the political debate by both sides of the constitutional alignment were opposed. 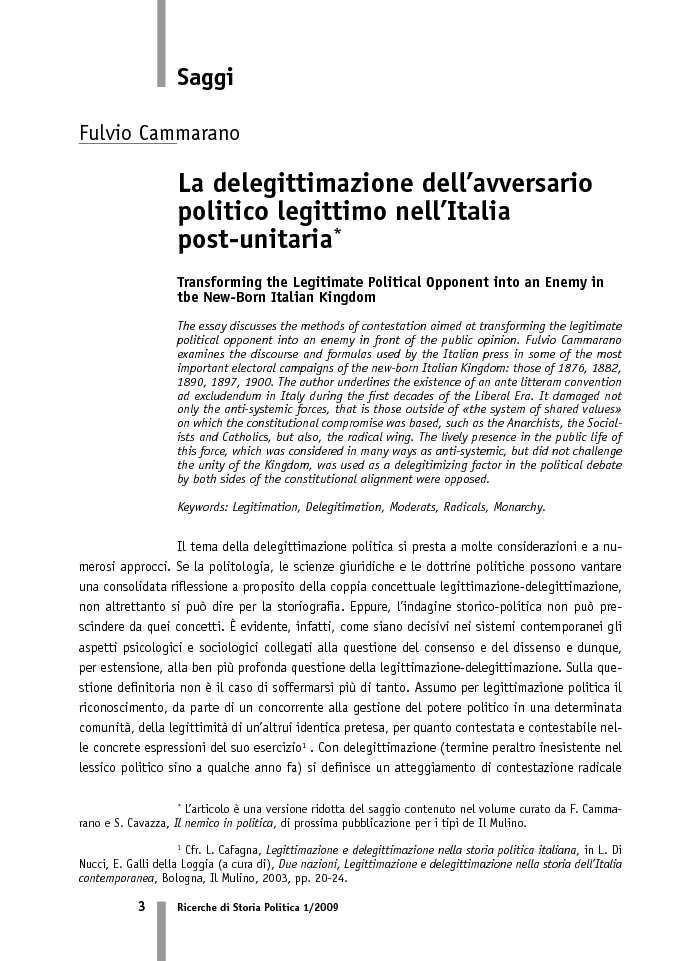