The article illustrates the use made of the Risorgimento by Christian Democracy as a founding myth of the Republic. This was done not merely by alluding to the Catholic tradition represented by Balbo and Gioberti but also by a clear emphasis on the role of Mazzini. This emphasis was not straightforward rhetoric but was part of a broader strategy, especially by the majority De Gasperi faction within the party, to assert itself as the "national party". By reinterpreting Mazzini's thought to underline its anti-materialism, the overlapping concepts of national identity and religion, and the concept of a nation with a universal vocation, the party was able to represent the Risorgimento in such a way that it could cast itself as a political force with deep roots in national history, and as the one most suited to guide the postwar reconstruction of the State. The Dc was able to invoke an appeal for a patriotic agreement that placed the national interest over and above narrower interests of ideology and hence was able to undertake its saviour's role as the only political party capable of saving Italian civilization from the menace of totalitarianism, be it fascist or communist, and of seeing in the experience of the Resistance the signs of a new Risorgimento. 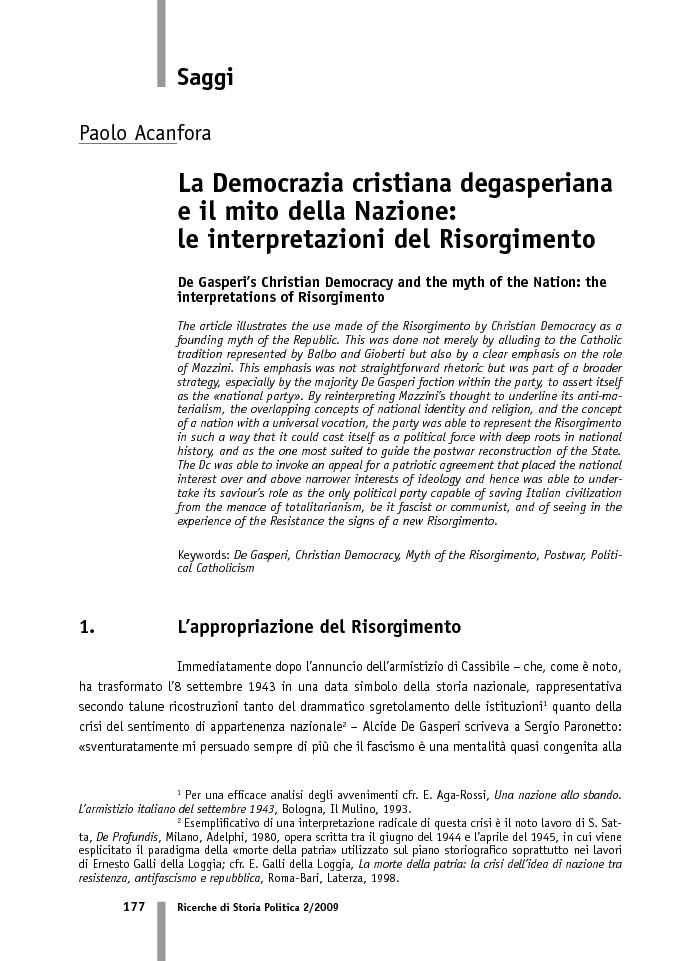