This essay analyses the prominent, but largely ignored, position occupied by the victims of violent death at the Wall in public discussion of German suffering during and after the Cold war by illustrating how such deaths were used for propaganda purposes by both West Germany and the Ddr. Before 1989, both German states publicized and exploited deaths along the Wall for political ends. Even in the early 1990s, after reunification, Wall deaths were a staple of public debate, but while the sites designed to remember the victimizing style of the Ddr and the supposed emotional link between the regime and its citizens soon disappeared, those dedicated to escapees from communism lasted much longer. 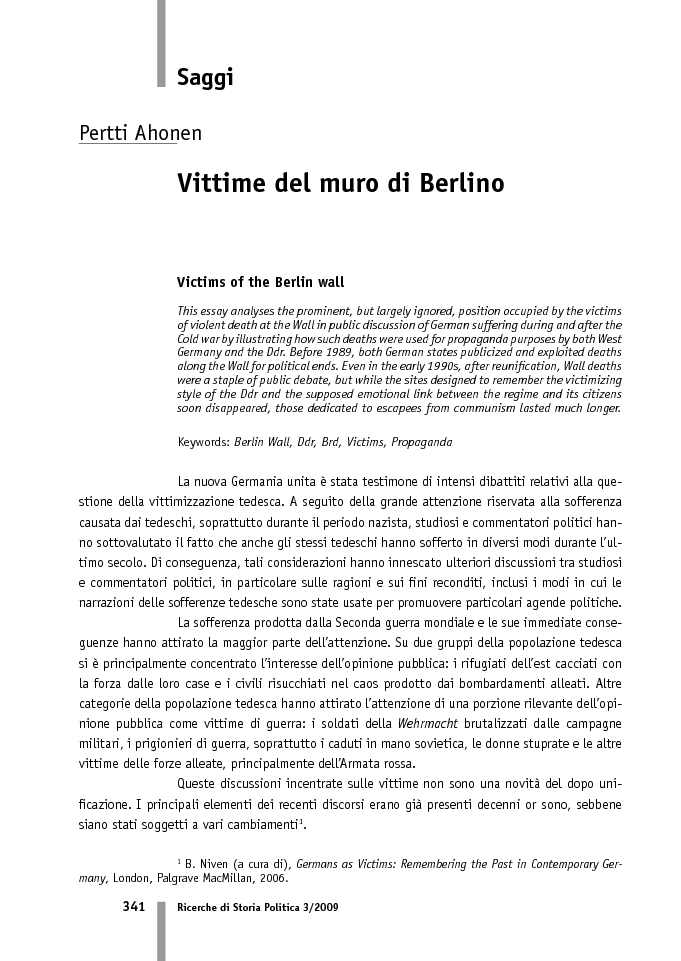