The essay describes how the position of British Labour regarding European integration has changed in the second half of the XX century. During this period, the party oscillated between two souls - one radical and «mythological», strongly anti-European, and the other moderate and «pragmatic», which favored the participation of the United Kingdom to the common market. This division was revealing of the ideological split within the British Labour with regard to the European Economic Community. Only in the 80s, with the advent of Thatcherism, the Labour Party was capable to margin¬alize its isolationist faction, and redefine its political platform through the so-called «patriotic Europeanism». This approach allowed to escape the ideological oscillation between Europeanism and anti-Europeanism, laying the foundation for the ascent of the leadership of Tony Blair in the following decade. 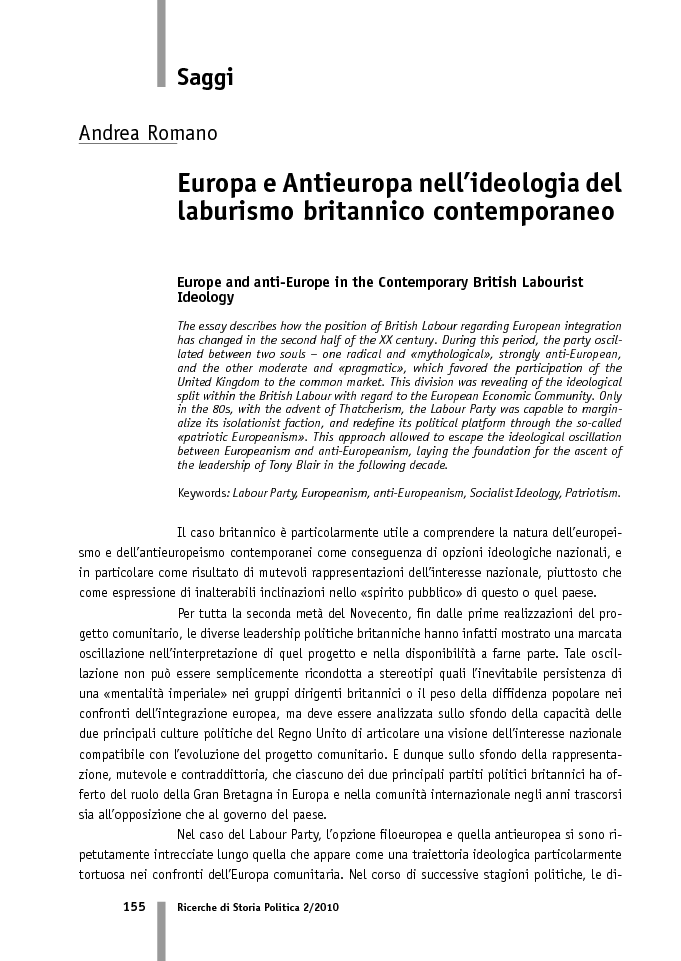