Mariuccia Salvati argues that as of today a common interpretation of Italian history after the turning point of the Nineties does not yet exist. The present Italian crisis is not just institutional, but it concerns instead the relationship between the society and the institutions. The answer has been the emergence of what historian Pierre Rosanvallon has defined as a «counter-democracy». This has led to a loss of power for the political parties (considered the pillars of the democratic nation-state) and, as a consequence, a decomposition of the national community. According to Salvati, the crisis of the party system and the widespread corruption among politicians has had a twofold effect on Italian democracy. On the one side, it has contributed to the emergence of two different Italies; on the other one, it has caused what could be defined as the «end of the social». In this scenario many citizens have found a source of representation not in the traditional political parties but in new trans-national organizations. In Salvati's opinion, such organizations might offer a new way to deal with the deep social inequalities that characterize present times. 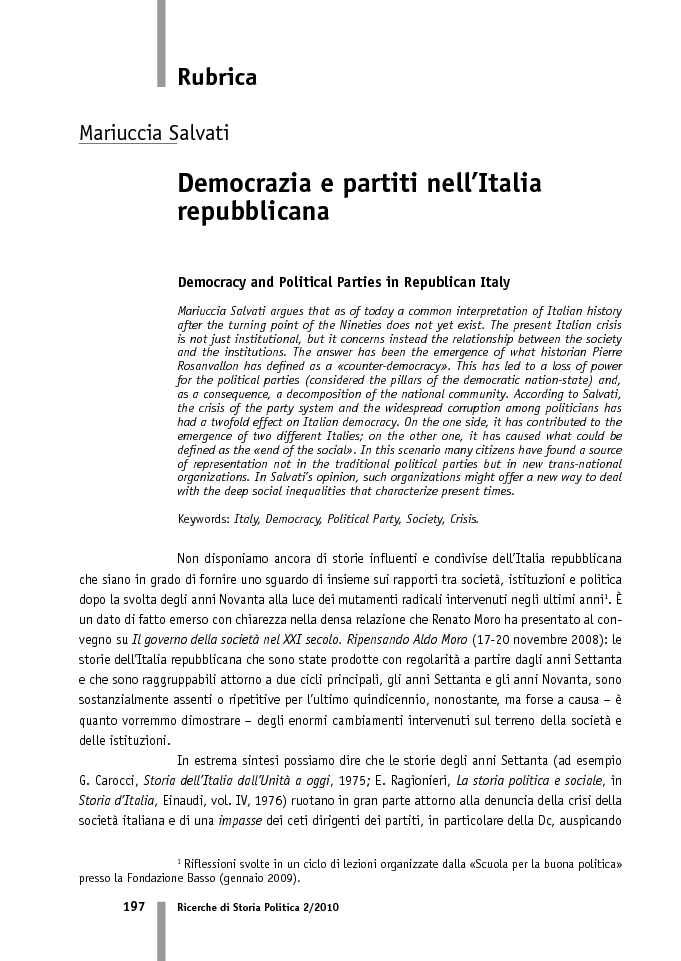