This review essay discusses recent writing on the end of the British Empire, concentrating on works by Ronald Hyam, John Darwin, Brian Lapping e Vm. Roger Louis. The essay examines the interwar period, noting the «informal empire» in the Middle East and the specific cases of Iraq and Egypt, but particularly stressing the move of the self-governing (white) colonies and of the Irish Free State to «dominion status» (legal indepencence within a British Commonwealth held together as a meaningful entity by common allegiance to the Crown, by sentiment, and by habits of cooperation). The question arose as to whether India too could take this course; the Indian case is therefore followed, from the Government of India Act, 1935 to Indepencence within the Commonwealth in 1947. Over the next two decades almost all the remaining formal dependencies were to follow India along this path, far earlier than had originally been intended. Accelerating factors are noted, with special reference to Malaya, the Gold Coast (Ghana) and Nigeria. During Macmillan's premiership (1957-63) London developed a positive anxiety to disengage, albeit in a way that would avoid political trouble in Britain and leave the new states both stable and well disposed to the West; in this process particular difficulties were encountered with Kenya and the Central African Federation. The essay's focus on British decision-making is complemented by a broader discussion of the factors promoting decolonisation, and of the more general international dimension (partly in the light of recent writing by John Darwin). 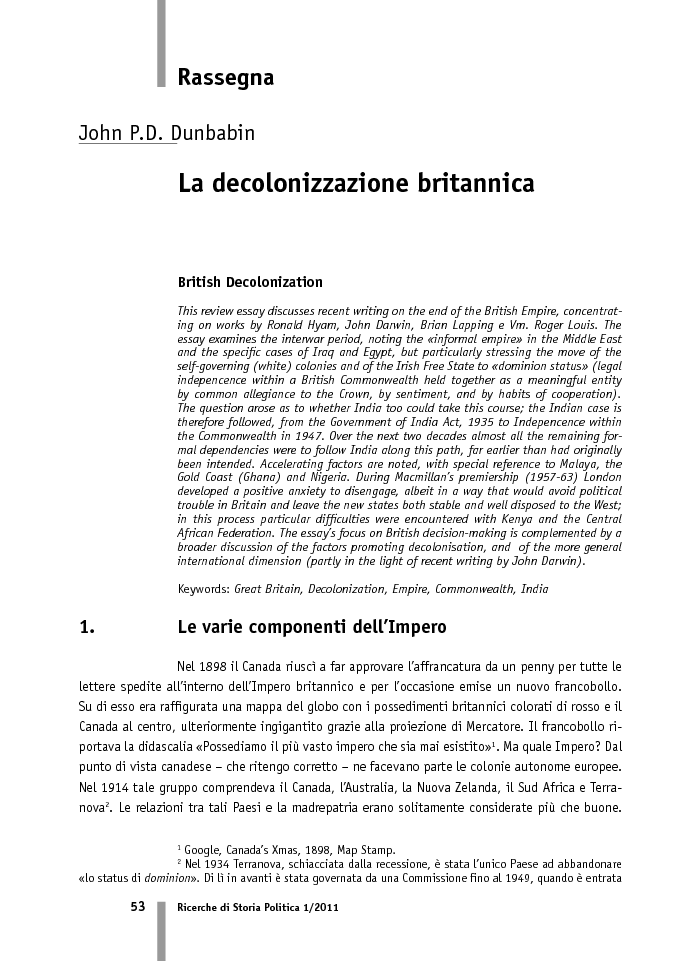