The essay aims at casting new light on the evolution of political mobilization between the 1970s and the 1980s. In this context, the Pisa group of Potere Operaio is a relevant case, since some of its members would later become part of the leading faction of Lotta Continua. In particular, the members of Potere Operaio engaged in a broad debate on the forms of the party organisation, which would later shape the theoretical-organisational platform of Lotta Continua. As a consequence of this debate, the Tuscan group dissolved and the faction close to Adriano Sofri decided to move to Turin, where it would meet the students movement at the entrance gates of the Fiat factory. 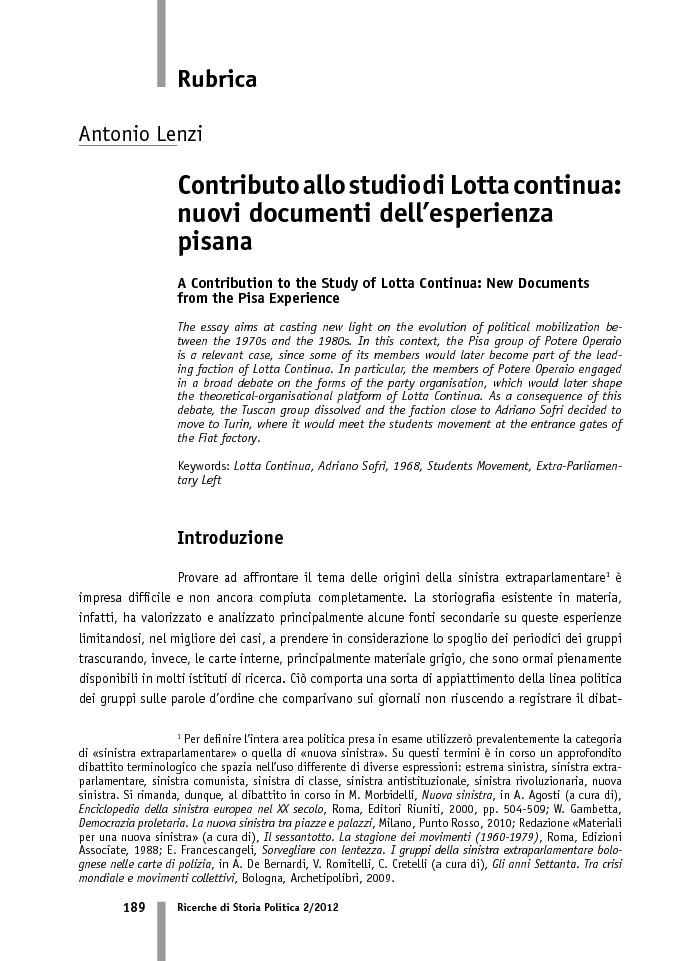