Relying on new archival materials, press sources and unpublished interviews, the essay argues that the Chilean coup d'état and the transformation of the Mediterranean geopolitical context in the mid-1970s influenced the Pci strategy toward the United States, leading to a dual direction. On the one hand, the Pci used the Chilean paradigm as a propaganda tool in order to confirm its leadership of the anti-imperialist struggle in Italy, which was now contested by Far Left groups. On the other hand, some important party members believed it was time to partially modify the strategy toward Washington, and open a dialogue with influential and sympathetic liberal intellectuals. This debate highlights the pluralism within the Pci ruling class and it will end influencing some members of the youngest communist generation that assumed power in the early 1990s. 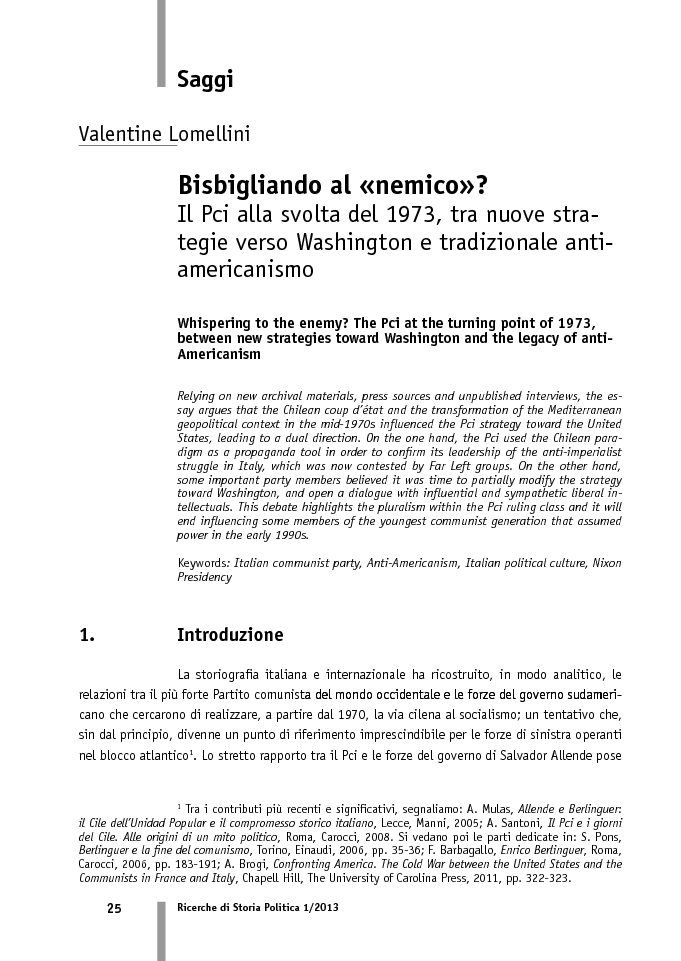