The article defines social scientific thinking models as «resources» for political conceptions and ideas of society in Europe, in particular in Germany, after WWII. It highlights the many cultural transfers between the United States and Europe, and stresses the American belief that social science should work as a way of political education after dictatorship and war. The enduring influence of this conviction was reflected primarily not in the idea of «scientific» (that is rational) politics but rather in a conception of society as a homogenous and regular entity. In particular, demoscopic approaches informed the imagination of a society that functioned along quasi-mechanic logics. Against this background, the article argues that part of the political success of empirical social science in Europe was not so much due to the ambition of providing a political education, as in the U.S., but rather to its functionality as a performative political language that enabled to describe the world in unambiguous terms. 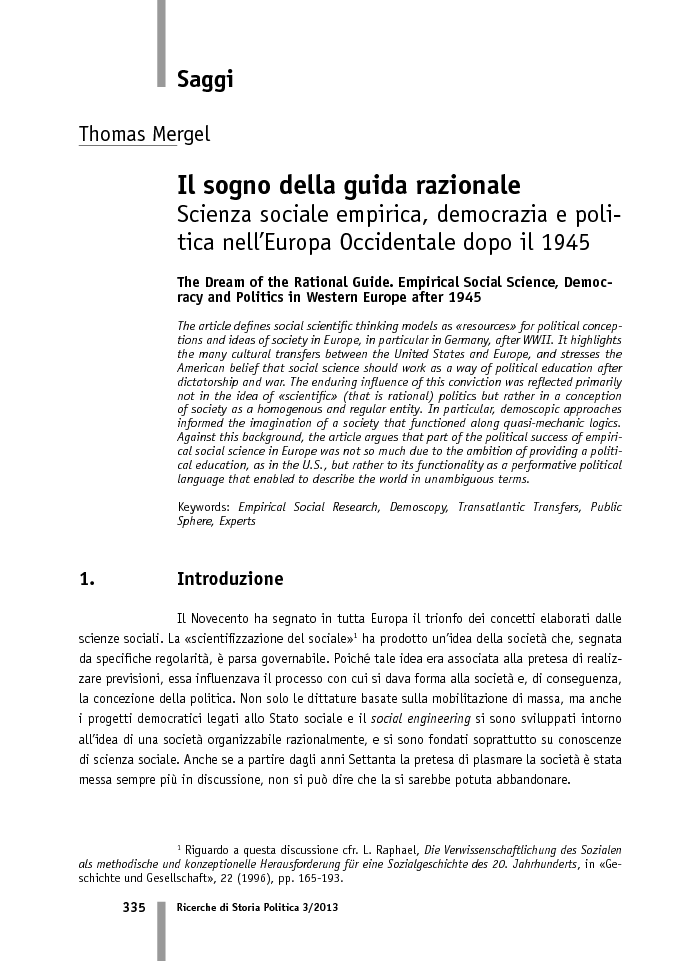