The mass democracy in Argentina was defined unequivocally by a holistic representation of people, largely because of one of the main actors in the process, the Unión Cívica Radical (UCR). Indeed, since its foundation, UCR has had a particular understanding: people were arranged hierarchically and organically, that is, in holistic terms. The holistic concept had noteworthy effects on the UCR both in terms of its organizational structure and its ideology. Thus the holistic representation of the people highlights the political culture within the party: from socialization to politics to Nation building, from the religious aspect of leadership to the relationship with other political and social groups. This representation allows us to go through the political history of the UCR and, more generally, of Argentina in the early decades of the Twentieth Century. 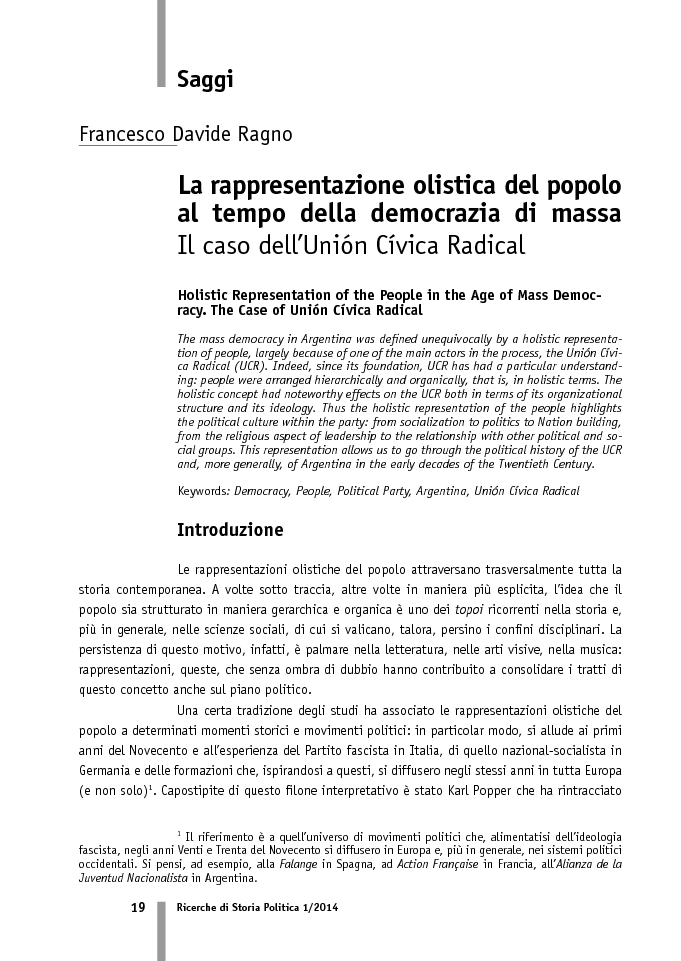