The essay examines the chancellorship of Willy Brandt. First, however, it discusses Adenauer, the figure against whom all subsequent German chancellors must be measured. Whereas the man of "no experiments", despite his cynicism and attachment to power, must be credited with laying the basis for the efficiency and stability of the West German political system, in the case of the father of "Ostpolitik", a man of fragile temperament and a turbulent life, necessarily to be acknowledged is his humanity and rapport with ordinary Germans, as well as his readiness to come to terms with the burdensome legacy of Germany's past. 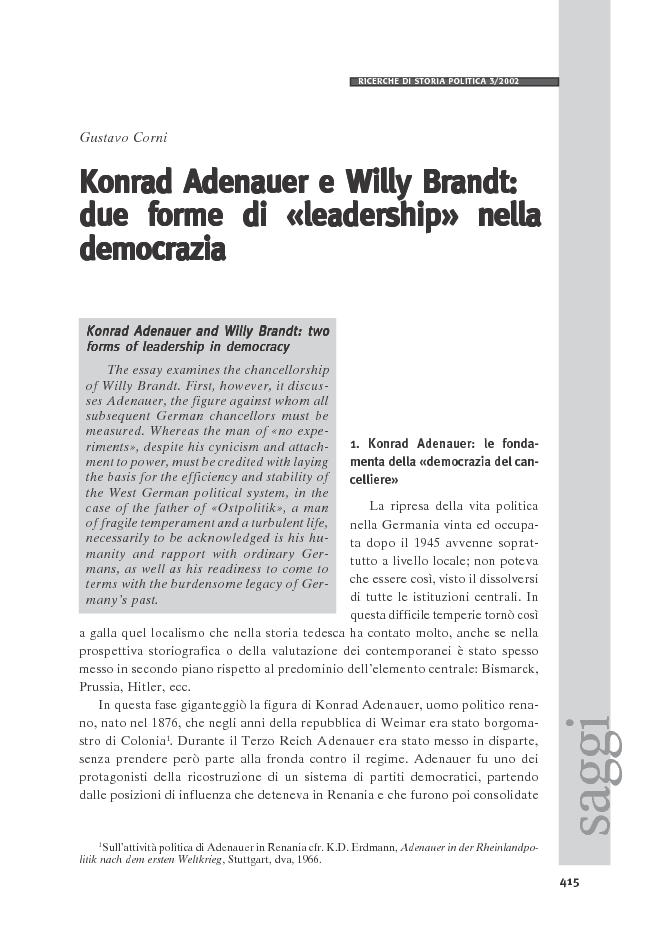