This article analyses the rise and fall of a «modernising», technocratic and scientific left-of-centre consensus in British politics between the early and the late 1960s. The British Labour Party under Harold Wilson posed as a new, «go-ahead», purposeful and dynamic group of experts who would bring economists, engineers and businessmen into government, sweeping away years of stagnation or decline. The exercise of power itself, however, proved much more difficult: Labour's National Plan, released in 1965, was never realised, and the promise of science, technology, education and investment took much longer than Labour's advisers expected to pay off in terms of higher economic growth. Although growth speeded up in this period, and ultimately reached its post-war peak, problems with inflation, productivity and industrial management persisted - to the frustration of voters and activists alike, who during the 1970s would turn to more radical solutions from both neo-liberal and collectivist traditions. 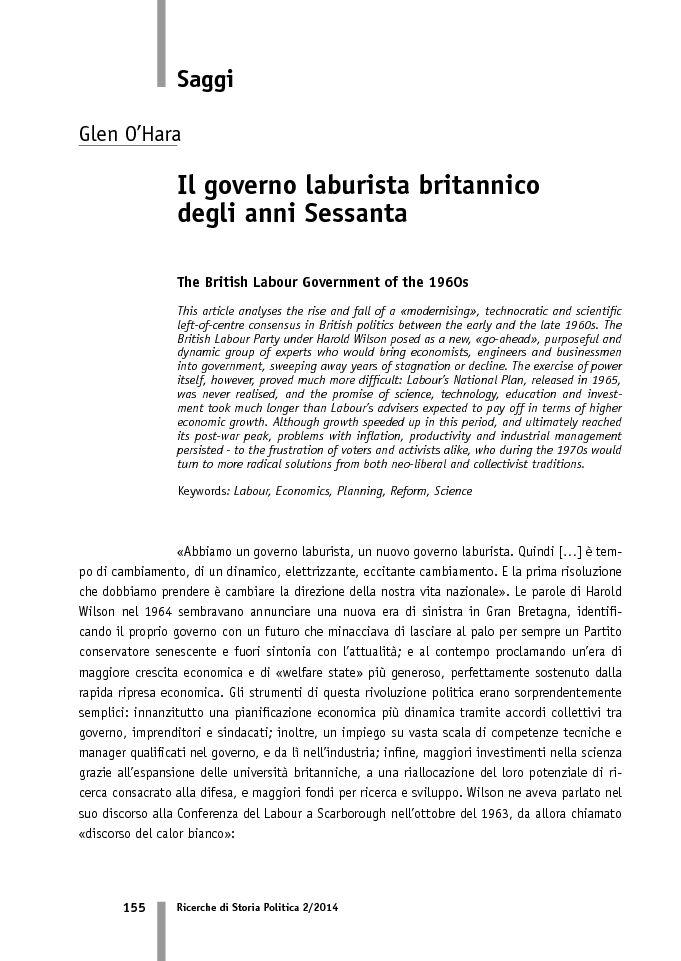