The essay examines through a comparative perspective the European development of television both as object of consumption and political tool between the Fifties and the Sixties. In particular, two stages marked the evolution of television. During the Fifties, the television entered the lives (and homes) of European citizens, although, as an object of consumption, it still remained restricted to an elite. In the Sixties, television transformed itself into one of the icons of the welfare society. The progressive affirmation of television as a central, if not dominant, element of the media system attracted inevitably the interest of politics. Politicians began to understand the need to communicate to the masses through a medium that could act as an intermediary between the government and the citizens. Although the relationship between political power and television developed differently from nation to nation, in the Sixties it is possible to identify some common, general trends that were further consolidated in the following decades. 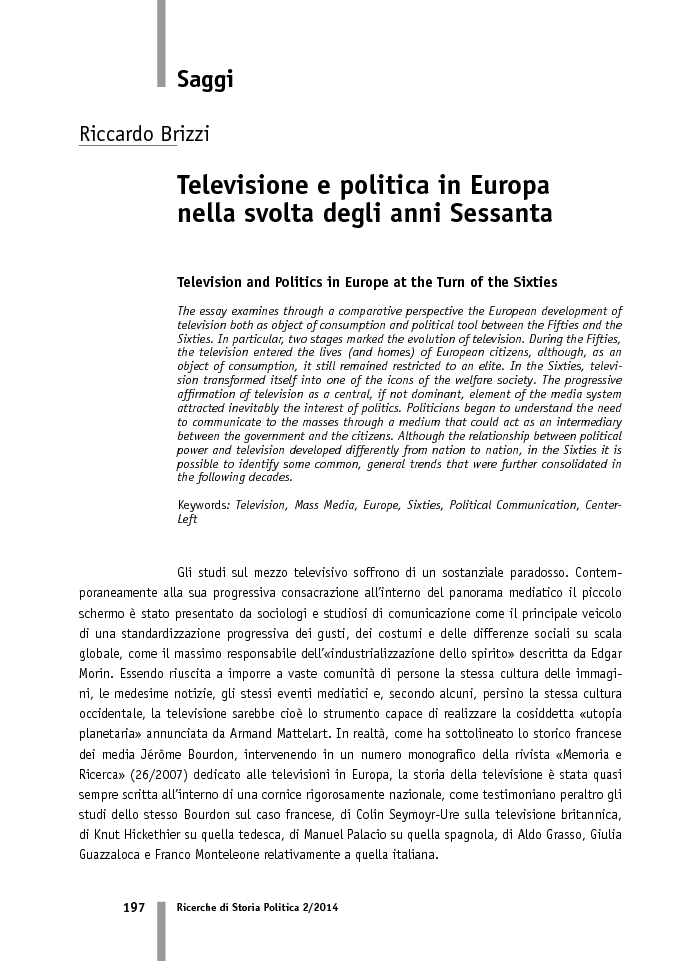