In the 1920s and 1930s, catholic antifascism among Italian-American communities was strong and vociferous, to the point that it contributed - from a perspective very different from that of socialist and anarchist radicalism - to alter the opinion that the American public had of Mussolini's Italy. Father Giuseppe Ciarrocchi, an Italian-born priest who had emigrated to Detroit, where he founded the weekly «La Voce del Popolo», was one of the most pugnacious Catholic antifascists in the United States. His opposition to the regime deeply troubled the Italian government, as well as the Holy See and the American Catholic Hierarchy. Ciarrocchi was firstly listed as a «subversive» resident abroad in 1936; five years later, Fascist authorities banned him from entering Italy. Thanks to a broad array of primary sources, the article discusses the work of father Ciarrocchi, his connections with other Italian exiles in America, and his defense of both American democratic values and the specificity of American Catholicism. 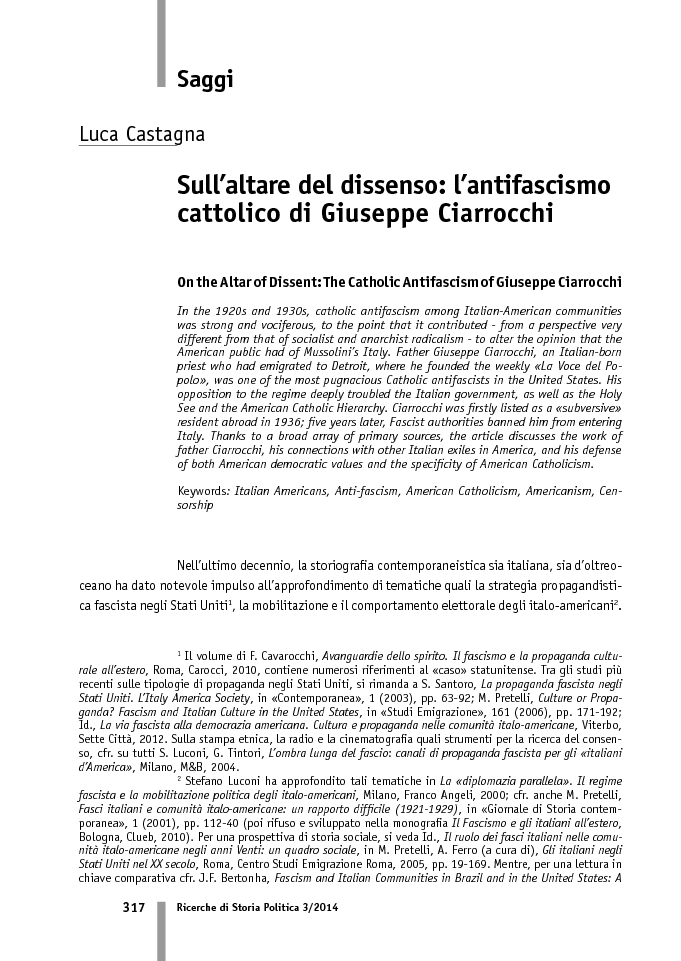