This article discusses the internal history as well as the political culture of the left wing of the Italian Socialist Party (Psi) between 1956 and 1963. Since the aftermath of World War II and until 1955, the Italian Socialist Party was dominated by a strong leftist leading group. By 1956, due to the effects of the XX Congress of the Communist Party and the Soviet invasion of Hungary, an autonomist wing emerged within the party, and the left wing organized a faction, with its own ideology based on the autonomy of the workers movement, a political strategy centered on the alliance with the Italian Communist Party, and its international allies, the anti-imperialistic movements. In 1963, with the entrance of socialist ministers in a center-left government, the leftist faction created a new socialist Party (Psiup). The article argues that seen in a long-term perspective, the influence of this political culture, a sort of Italian New Left, played a decisive role in the Italian «long '68». 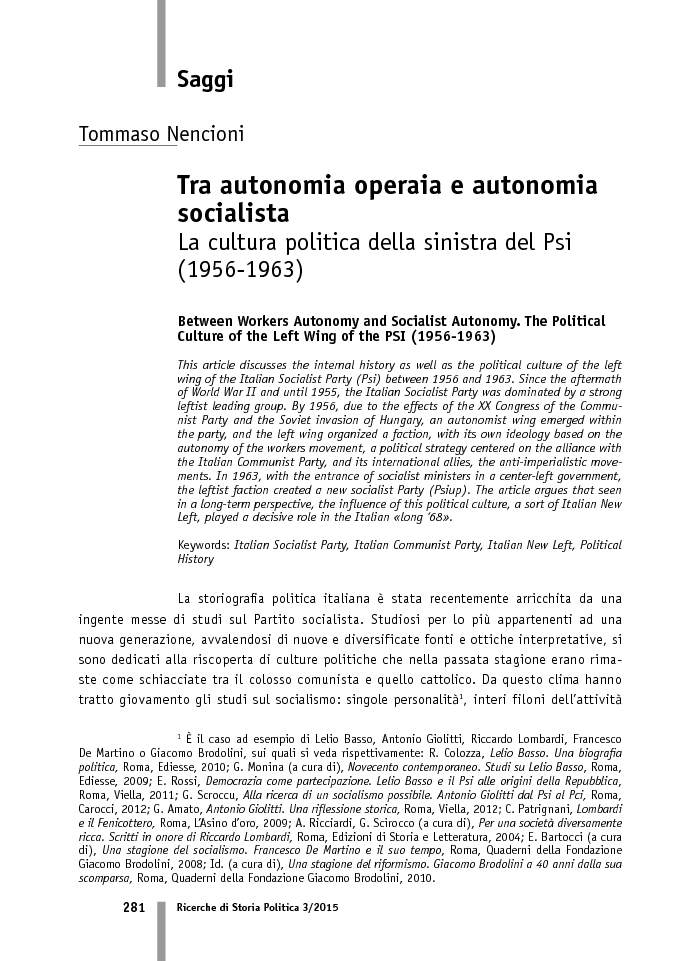