The article discusses the ideological and organizational transformation of the Psoefrom the Second World War to the Nineties. In particular the article highlights the internal differences in the socialist leadership, divided between the old generation, formed in exile, and the young generation shaped in clandestinity under the Franco's regime. In this second group, Felipe González emerged as the leader capable of trans-forming the Psoe. In 1981, the socialist party finally abandoned the Marxist ideology and, from an organizational prospective, became less centralized, open to pacifist, environmentalist and feminist movements. The symbol of this transition was the gradual separation between the Psoe and the Ugt trade union, which will promote the general strike of 1988. 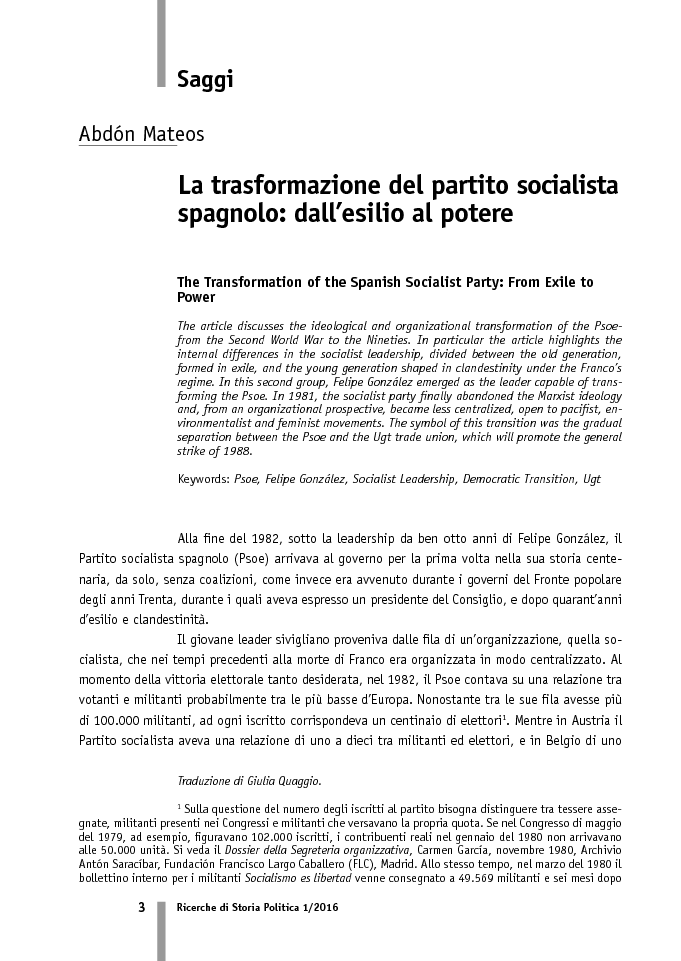