Over the last thirty years, political history has undergone a far-reaching process of methodological and thematic renewal. Since the 1980s, historians interested in the political have reworked their interpretive toolbox under the spur of the changes in Western democracy that were happening before their eyes. The article presents some reflections on the evolution of the political that has occurred in Western Europe in the age of fracture, the period of momentous transformation that runs approximately from the mid-1960s to the mid-1990s. The essay considers to what extent the political has changed «externally», in its boundaries, autonomy, and relationships with the other domains of human activity. It then analyses how the political has changed «internally», in its institutions and cultures, in order to adjust to its own external evolution. Finally, it examines how political history has tried to confront the transformation of its historical environment by renewing itself, and the problems that it has encountered in doing so. 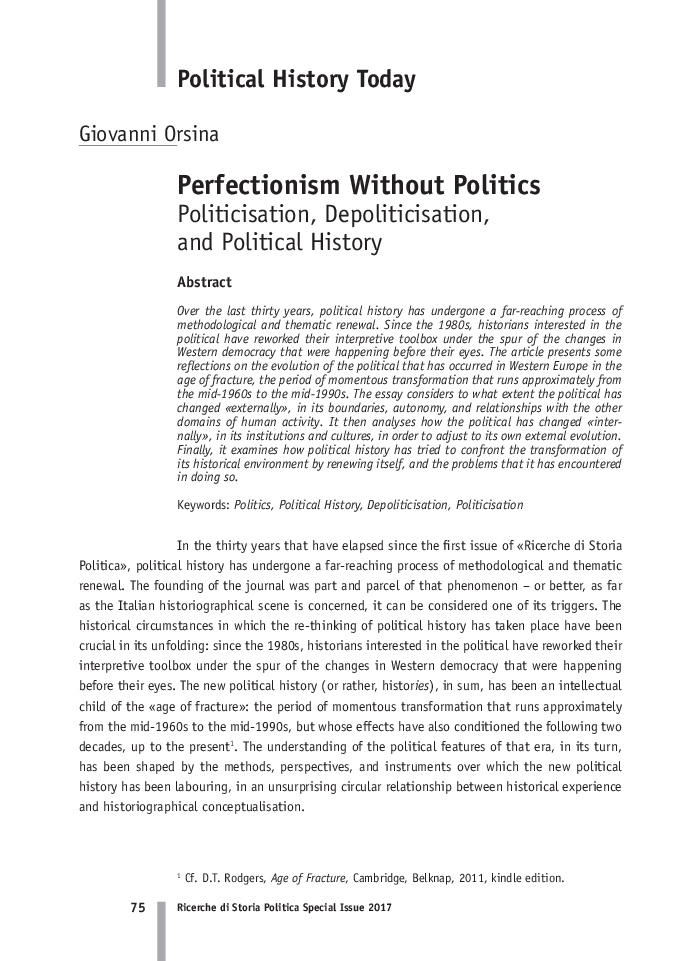