In the late Sixties and early Seventies, at a time of great social unrest especially in universities and factories, deep disagreements among coalition partners weakened the Italian governing majority, based on an alliance between Christian Democrats and Socialists. This combination of political instability and social upheaval produced an explosive mix, fueling speculations about possible authoritarian coups and, as a matter of fact, leading to the hatching of a number of plots which involved the highest military ranks, as well as neo-fascist militants. On the basis of recently released documents, this article considers what the Nixon Administration knew about those machinations, what role it played in them, and which were its objectives in Italy. 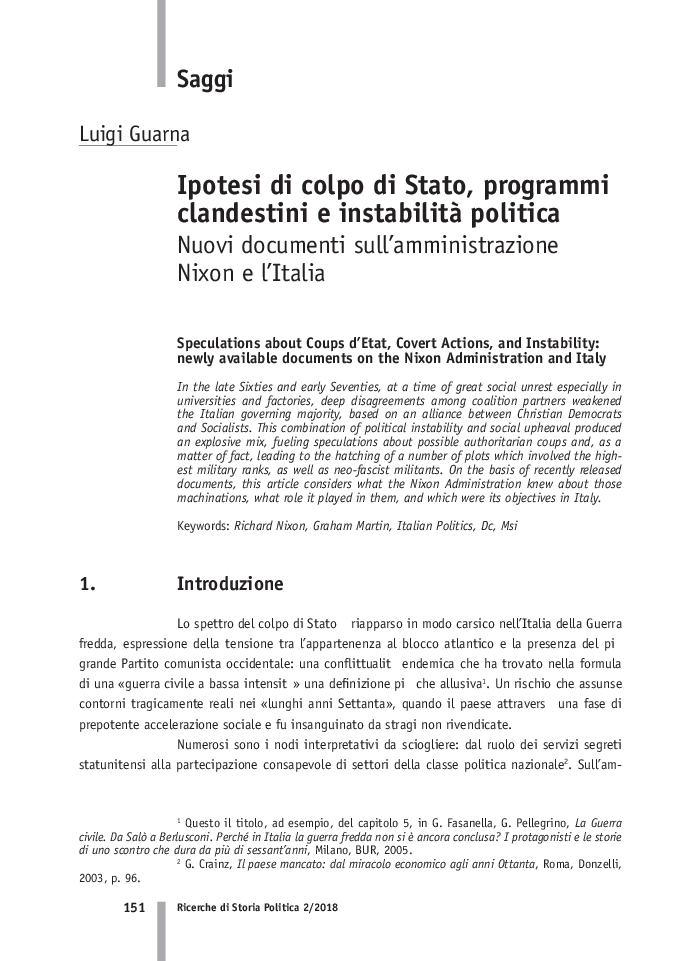