Historiography has often considered the encyclical «Humanae Vitae», promulgated by Paul VI in 1968 and focused on the condemnation of contraceptive methods, as sig¬nalling the exhaustion of the changes introduced by the Second Vatican Council on the ecclesial level as well as on the cultural, social, and political ones. In fact, though, the «Humanae Vitae» favoured the birth of a feminist theology that attempted to mediate between the theoretical reflections and political practices of the feminist movements, the area of Catholic dissent, and the Church's position on the condition of women in contemporary society. 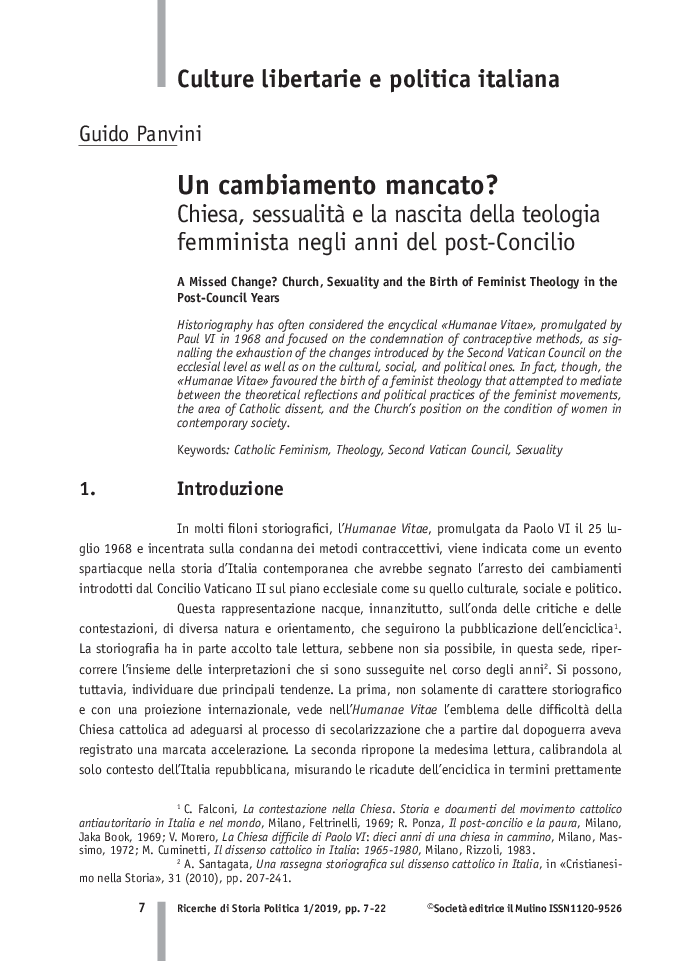