This essay focuses on the image of Italian fascism in Sweden and on Mussolini's Swedish followers such as Ivar Hjertén, Elof Eriksson and Per Engdahl. Although Ivar Hjertén and Per Engdahl were more oriented towards Italy and fascism, whereas Elof Eriksson was more attracted by Germany and nationalsocialism, they were all inspired by the «March on Rome» because they thought that it could symbolize the beginning of a potential global revolution against plutocracy, parliamentarianism and capitalism. Neither Italian fascism nor German nationalsocialism gained power in Sweden, but this case-study shows that the gap between «latin» and «nordic» fascism was wide. The «fascist international» could find roots in anti-communism, anti-parliamentarianism, corporatism and nationalism, but it lacked a unifying ethnic, historical and political principle. 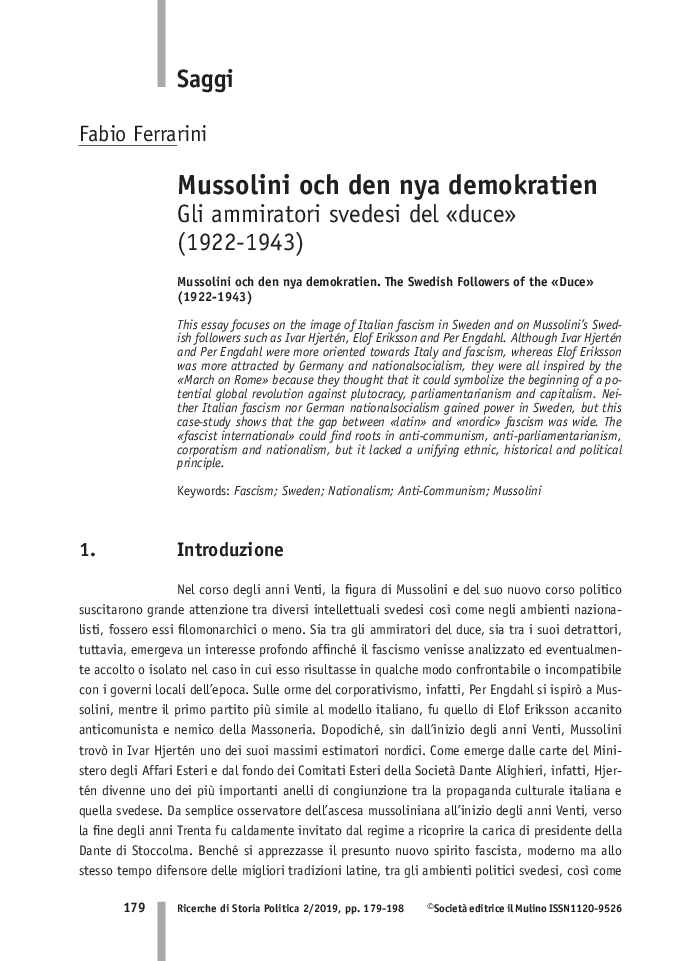