History and theories of Italian geopolitics have received growing attention in the past twenty years. Many scholars who have studied the journal «Geopolitica», both analyzing its interactions with the fascist regime and comparing it with Karl Haushofer’s «Zeitschrift für Geopolitik», have rejected the view that is was a mere tool of fascist propaganda and a cheap copy of German geopolitics. This essay re-examines similarities and differences between German and Italian geopolitics, focusing on the place of «Geopolitica» and «Zeitschrift für Geopolitik» in their respective intellectual landscapes, their relationship with political power, and the comparison between German determinism and Italian voluntarism. 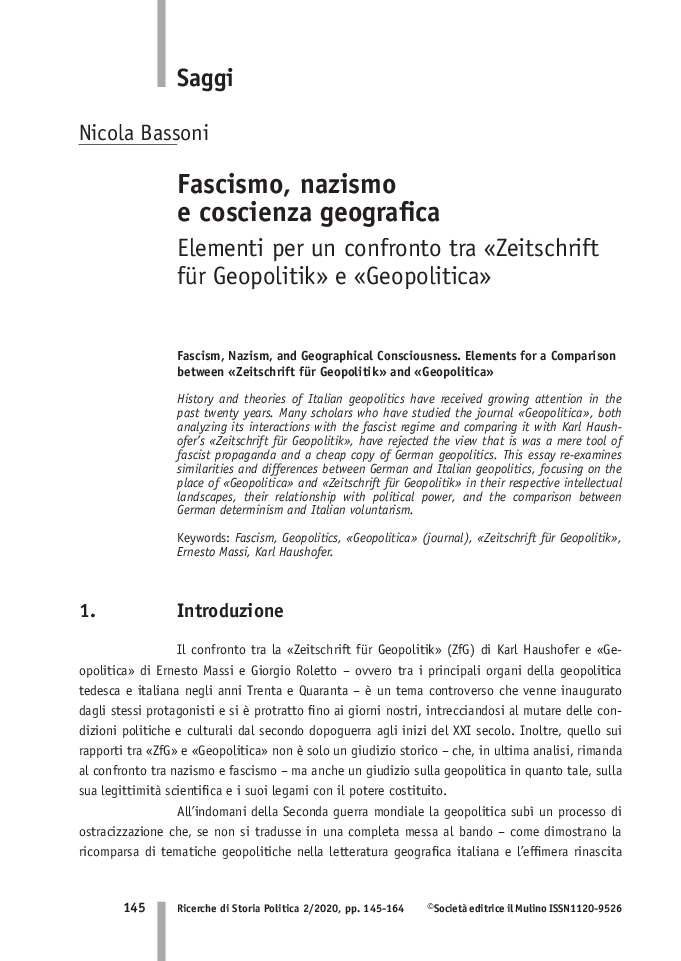