On the eve of 1848, the political debate pivoted around questions of nationality, federalism and constitutional freedom. The main protagonists of that debate were intellectuals of noble or bourgeois origins from Piedmont and Tuscany. In their writings, labels such as «liberal-conservative» and «liberal-moderate» were not clearly defined. This distinction began to emerge in the aftermath of the defeat, in Italy and Europe, of the liberal demands of 1848, when the various regional groups began to adhere to the ecclesiastical and unitary policy of the Kingdom of Sardinia. 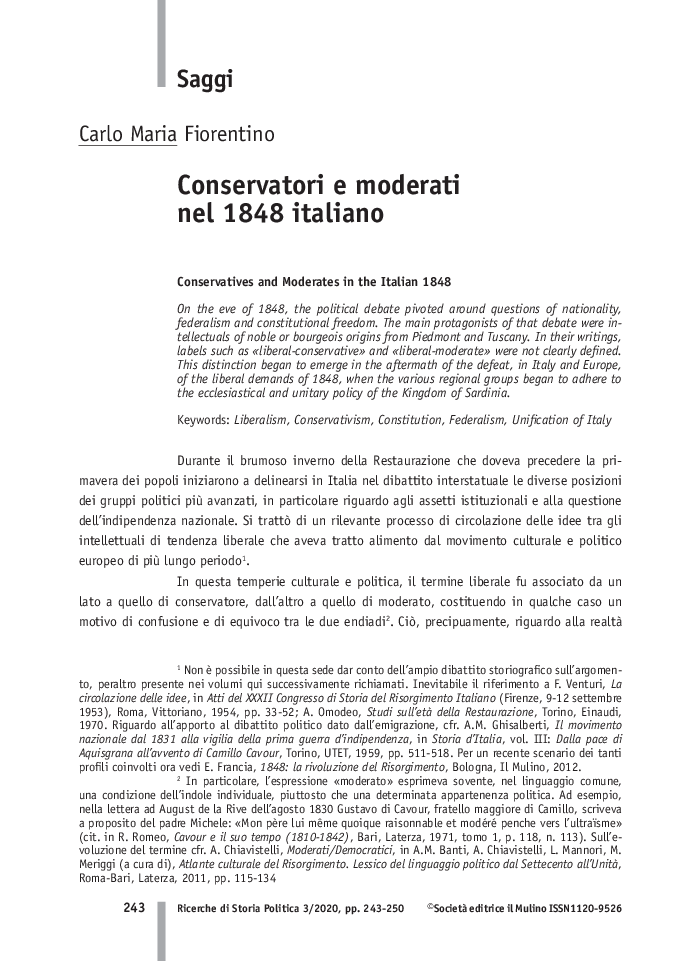