In the First Austrian Republic, the Christian Social party was committed to a conservative, Catholic and Austrian ideology, which was instrumental to differentiating the Austrian identity from the German one, and the party from both National Socialism and Social Democracy. After the Protocol for the Reconstruction of Austria was signed, in 1924, Catholic milieus considered the Priest-Chancellor Ignaz Seipel the «Savior of Austria». Yet ideological radicalization became ever stronger, leading to armed conflicts after 1927 and eventually to the establishment of a Catholic Corporate State under Engelbert Dollfuß. The underlying goal was the de-proletarianization of society and reconciliation of opposing social interests. The actual result was the exact opposite, though, and, with the creation of an authoritarian regime, Austrian Conservatism found itself in an ideological and political cul-de-sac 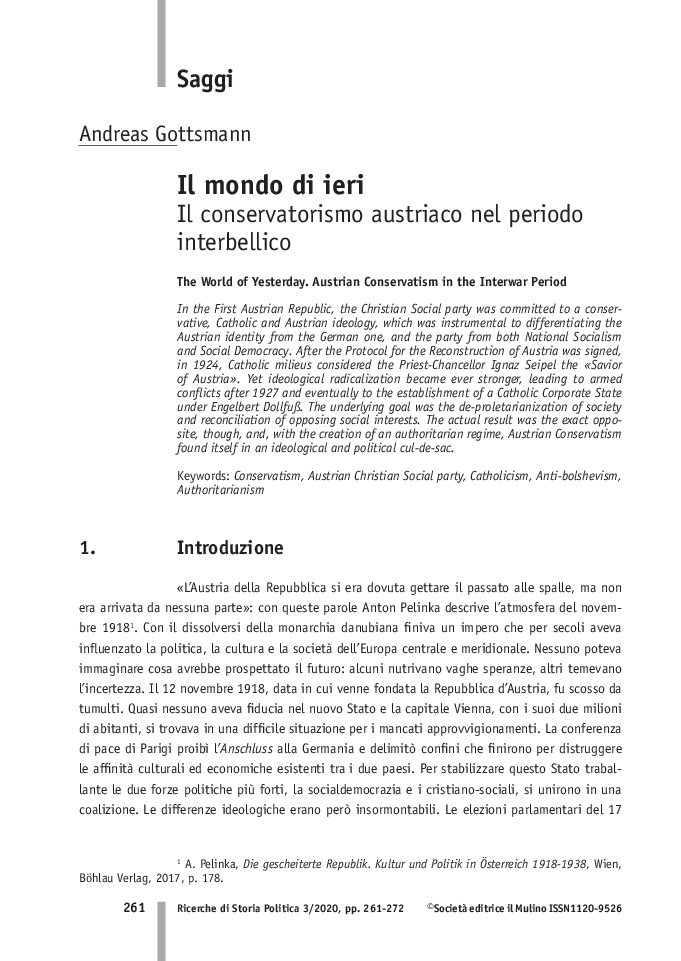