Aristotle’s account of emotions in the second book of Rhetoric has long been considered a shallow and contradictory analysis by many scholars, according to whom there is (or should be) no room for the elicitation of passions in the rational debate. The aim of the article is to reflect critically upon the most recent and influential studies of Aristotle’s work in order to refute these prejudices, arguing that the treatise reflects a coherent cognitive view of emotions, whose role in rational persuasion follows from their connection with someone’s beliefs. In the first section, I discuss the most relevant readings on the coherence of the Rhetoric, arguing that its approach to passions has an internal consistency. The second section seeks to show that the analysis of emotions in the Rhetoric is a reliable account of Aristotle’s own considered view on this matter, and not only a set of popular clichés. As a result, the essay identifies in the reflection on the correct use of emotions in public discussion the major heritage of the Aristotelian work. 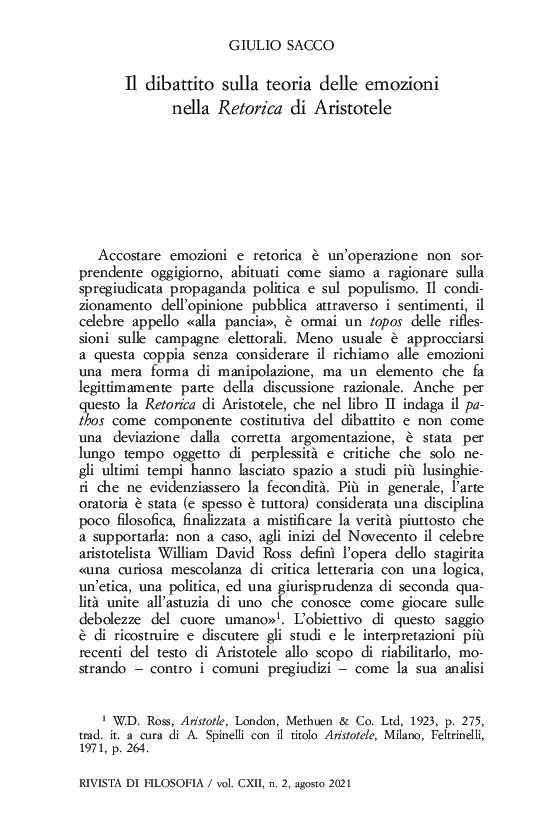