Even if liberal and democratic egalitarianism are usually considered as fully compatible, there are significant tensions among these perspectives as the debate on migration shows. If liberal egalitarianism holds that borders should be fairly open in order to acknowledge the legitimacy of the migratory life-plans, different authors challenged this idea by claiming that it would undermine the proper functioning of a democratic process. This paper addresses such a debate by focusing on territorial sovereignty. After rejecting the idea of a form of unconditional territorial sovereignty, I point out that only those who have legitimate expectations to live in a certain territory could exercise control over it, but they must take into consideration the interests at stake and justify their decisions. This perspective justifies a form of territorial sovereignty according to which migrants can be excluded only if migratory flux undermines the proper functioning of a democratic system, and they should have granted an effective opportunity to challenge the decisions made. This view does not overcome the tension between liberal egalitarianism and democracy, but it shows that a democratic exercise of territorial sovereignty is necessarily inclusive. 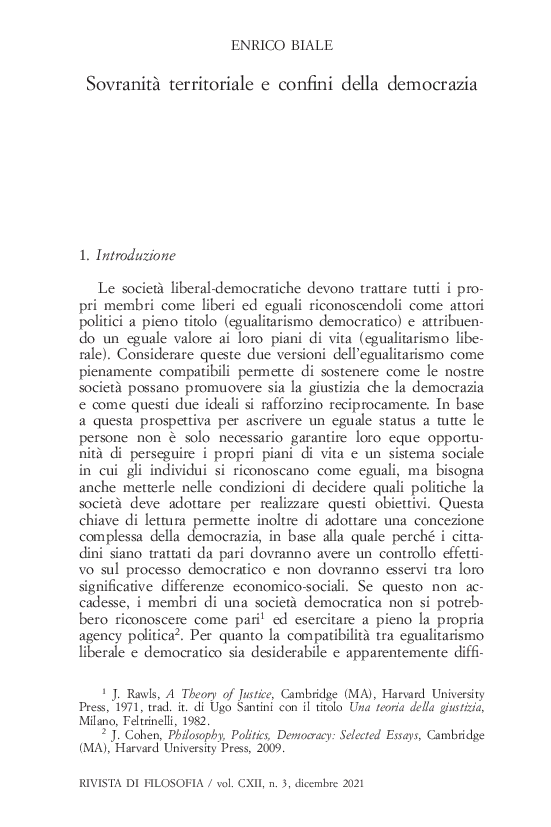