Before Hegel, Hobbes and Rousseau developed a conception of the struggle for recognition which cannot be understood as the sole affirmation of the value of freedom. Hobbes understands such a struggle as the search for glorification which is rooted in the natural conatus for self-preservation. Rousseau understands the struggle for recognition as the artificial product of an attitude of social comparison which is consubstantial with the beginning of the first social relations. More precisely, Hobbes understands such a conflict as the mediated consequence of the logic of an unregulated power market in which the honor that individuals seek constitutes the expression of the «price» at which their power can be sold. For Rousseau, the social consideration that satisfies self-esteem is an end in itself, the importance of which may prove to be greater than the desire for preservation. From the study of the two anthropologies that underlie these two philosophers’ conceptions of the struggle for recognition, their respective theories of social relations can be drawn. 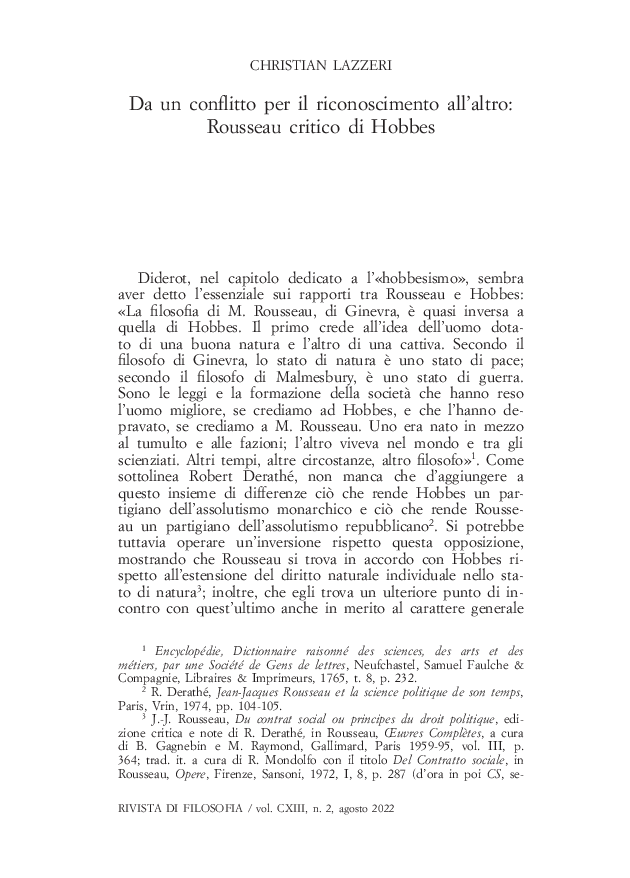