The article draws a comparison between Rousseau’s and Smith’s philosophical anthropology. The starting point of such a comparison is the question of esteem, which both, i.e. Smith and Rousseau, place at the origin of the social bond. Specifically, the paper puts forward the hypothesis that a convergence between Rousseau’s view of esteem and Smith’s view of esteem, which are usually considered incompatible. Such convergence may emerge by shifting the question of the relationship between esteem and sympathetic sentiments – Rousseau’s pity and Smith’s sympathy – from the theoretical to the applicative level. Indeed, both authors emphasize the philosophical relevance that the narrative dimension (i.e. the imaginative identification with one’s neighbour that is made possible by literary description or theatrical representation) assumes in the construction of a correct form of esteem. 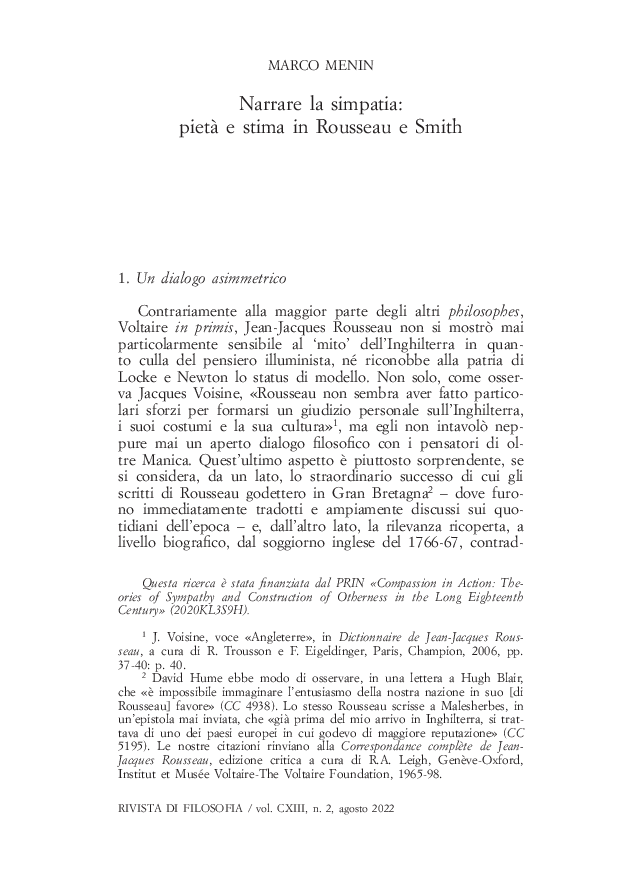