Liberalism's theory of international relations is usually a defense of peace. Since the classical school (from A. Smith to J.S. Mill), international peace is regarded as a consequence of an economy based on natural complementarity of national productions and, therefore, on free trade. In France the liberal pursuit of peace has a paramount optimistical character, because it is supported sometimes by a philosophy of history related to the idea of progress (followers of Smith's thought as J.-B. Say or F. Bastiat), sometimes by a positivistic conception of society pivoting on evolution from a military to an industrial social organization (Saint-Simon, Comte, and later, in England, Spencer). While in America, England and France political liberalism emphasizes generally the close relationship between democratic or liberal governments and the pursuing of peace (Paine, Constant, Tocqueville), the link between liberalism and peace is questioned by the German liberal tradition, which joins together domestic reform and foreign power politics (from F. List to M. Weber and F. Naumann). The two opposite trends - peaceful and warlike - have however a common point: they reject every international peace organization, considered respectively as needless or harmful (with two important exceptions: Kant and W. Wilson). 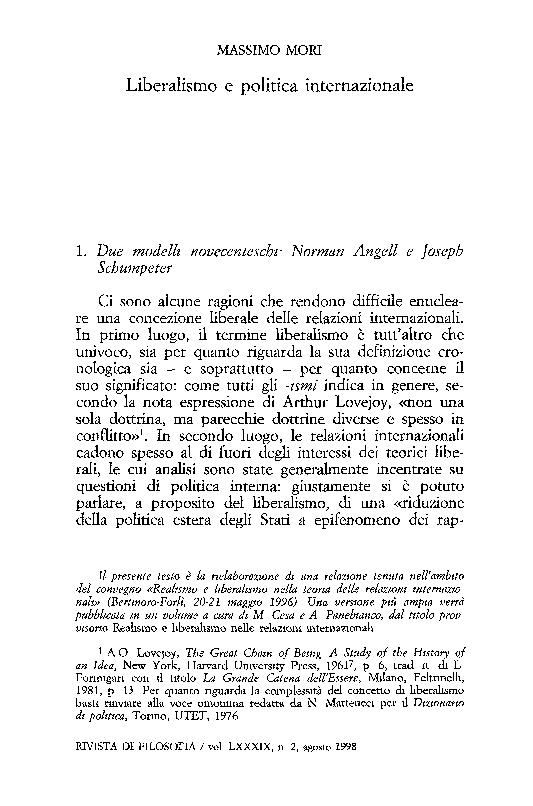