Animals have been the "clouded mirror" of human nature. Men often use animals to think about their own humanity. In some way or another, animals have been part of our moral universe long before the question of animal rights came to the fore. The paper attempts at sketching a historical background to these debates, and to point out some traditions of thought concerning the relationship between men and animals. Eight kinds of general attitudes or patterns of thinking are discussed under the following headings: "the beast inside and the beast outside", "the animal source of human moral behaviour", "happiness as the fulfilment of one's own nature", "the primacy of spirit and reason", "the meaning of evil", "life as a good in itself", "domination versus liberation ", "lifeboat ethics". 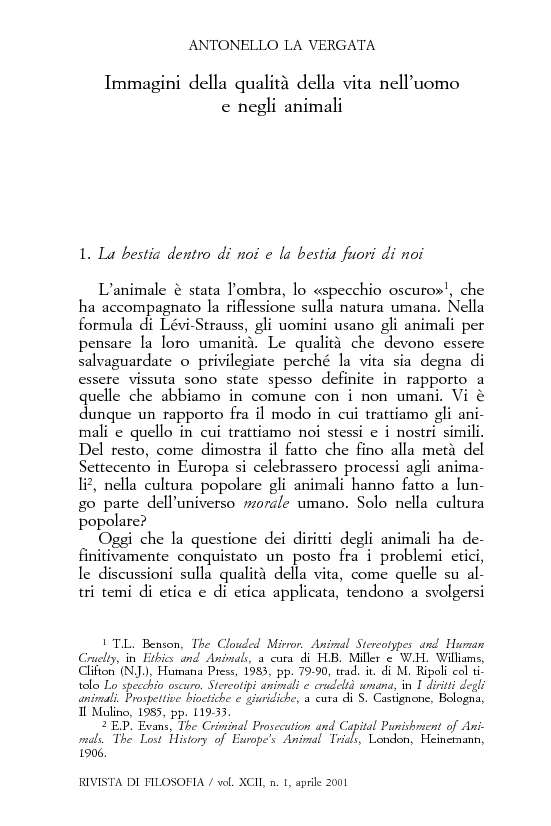